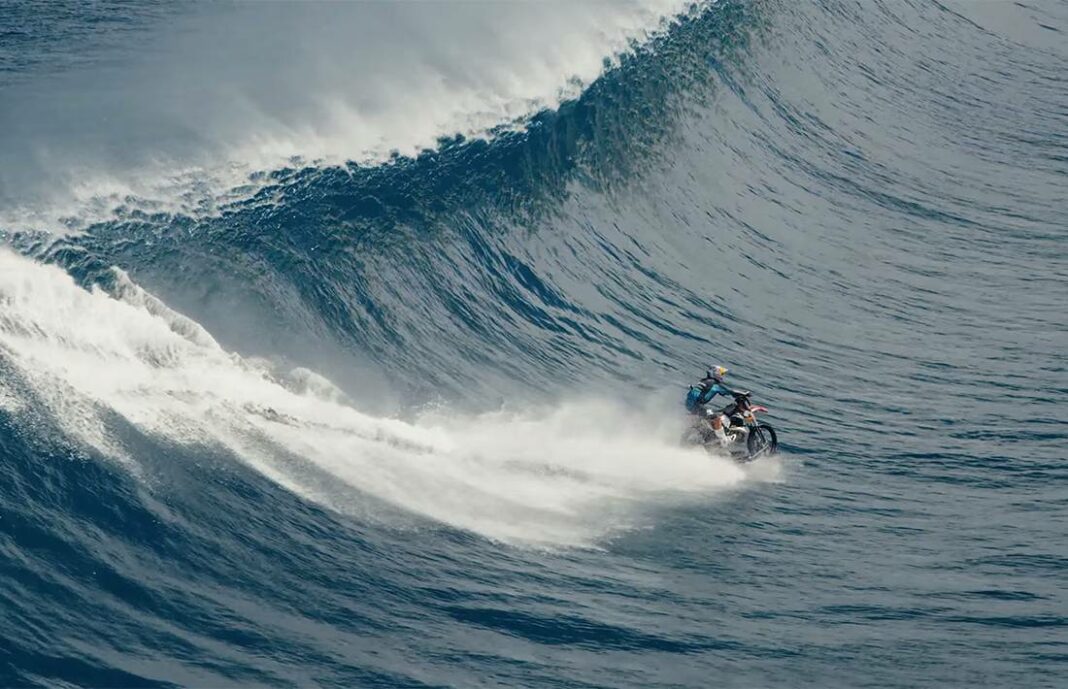 DC presents Robbie ‘Maddo’ Maddison’s Pipe Dream. Giving the world a chance to witness history being made as Maddo rides his dirt bike on the powerful and iconic waves of Tahiti.

From his helmet to motocross boots, Maddo was dressed for FMX when he took his dirt bike into the unchartered saltwater terrain of the Pacific Ocean in French Polynesia.

For nearly two years Robbie has been focused on making surfing on his dirt bike a reality. His efforts paid off in Tahiti, where he rode the world famous waves at Teahupoo and Papara.

Robbie Maddison’s “BEHIND THE DREAM” Trailer