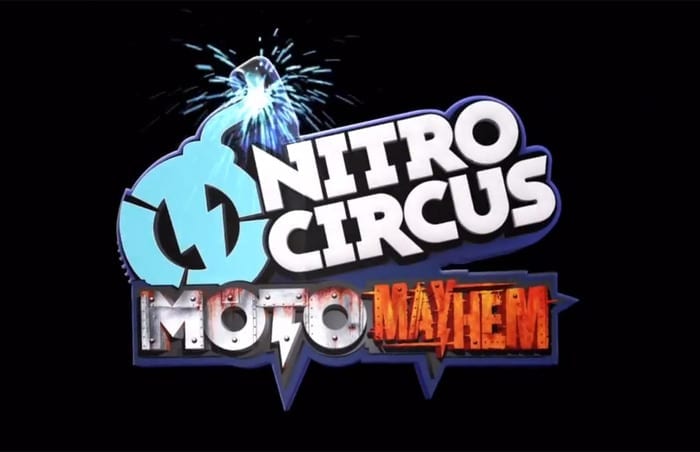 Nitro Circus Live, the action sports spectacle that is a global phenomenon, will bring an all-new high-octane show: Nitro Circus – Moto Mayhem to European stadiums for the very first time in 2015.

Headlined by 17-time X Games medalist Travis Pastrana, Nitro Circus – Moto Mayhem will feature over thirty of the world’s greatest extreme sports stars riding FMX, BMX and every conceivable action sports contraption. Starting May 29 in Helsinki, Finland, the tour will hit 10 cities across Europe, all but one that Nitro has never visited before, before wrapping up in Lisbon on June 28.

The incredible lineup of freestyle motocross riders will include Pastrana, plus double backflip master and current X-Fighters champion Josh Sheehan, plus X-Games gold medalists Adam Jones, Blake “Bilko” Williams, Cam Sinclair and many more. The show will also include snowmobiles, quad bikes, tandem FMX, minibike madness and other motorized monstrosities. If it has an engine, it must fly.

BMX fans have not been forgotten, since Nitro engineers have spent years developing a proprietary double winch system that will hurl riders like Nitro stars Dusty Wygle and Ethen & Gavin Godfrey into the air higher, farther and faster than ever before. This technology will also help double sidehacks and a host of crazy contraptions such as wheeled water coolers, bathtubs and lazyboy recliners achieve liftoff. Fans can expect more outrageous shenanigans from the stars of the original Nitro Circus series as well.

To add to the excitement, several Nitro athletes will attempt World’s firsts and unbelievable new stunts during the tour. Jolene Van Vugt will go for a world record distance jump on a motorized version of her signature Barbie car. FMX star Matty McFerran and his sister Emma will be the only duo on the planet performing tandem freestyle motocross, on the same bike, and Ethen Godfrey-Roberts will attempt the World’s first double backflip on a minibike.

“We are so stoked to bring this brand new show across the Atlantic,” says Pastrana. “Our production guys really upped their game here. With all of the bikes, quads and cars it’s going to be massive. And I’ve always loved touring Europe – the fans are always insane, so we can’t wait to get there.”

“2014 was a landmark year for us, touring America for the first time and getting a huge response” said Managing Director/CEO of Nitro Circus Michael Porra. “2015 looks even bigger with our brand new European tour a major highlight, and close to 80 shows across the globe scheduled in for the next calendar year.” Porra added, “We’re always looking to give action sports fans something they’ve never seen before, and with Nitro Circus – Moto Mayhem, prepare to be blown away.”

Fans looking for the ultimate Nitro Circus experience will want to get their hands on the Nitro Club pass. These exclusive passes include the absolute best seats in the house, access to show rehearsal with a behind-the-scenes look at rider practice and a Q&A with Nitro Circus stars. Nitro Club pass holders will also receive a souvenir lanyard and electronically signed A2 Nitro poster, as well as a chance to win cool Nitro swag.

Nitro Circus always pushes the envelope, raising the bar with daring, record-breaking tricks and heart-stopping stunts, but Moto Mayhem takes it to another level. Fasten your seat belt.