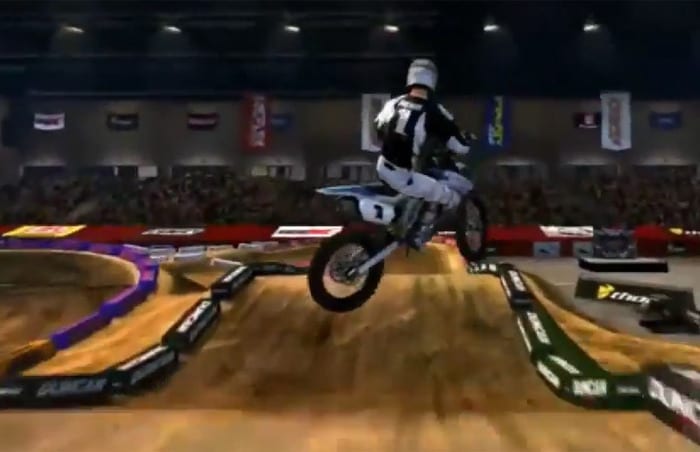 Going back about 10 years MX vs ATV has a fair amount of gaming history behind it and like other MX games is either well regarded or a bit of a disappointment – depending mostly on which title/version and the gamer expectation level.

Nordic Games announced last year that they were reviving the MX vs ATV game and have now followed that up with the release of a game demo from E3.

When released this summer, the supercross game will include 17 sx tracks, 80 licensed MX companies, over 40 professional riders, plus a new physics and control system.

We’ve heard that the game will come with a practice and time trial mode, along with multiplayer for up to 12 players. And if that’s not enough for you… we understand there’s a split-screen mode for two players.