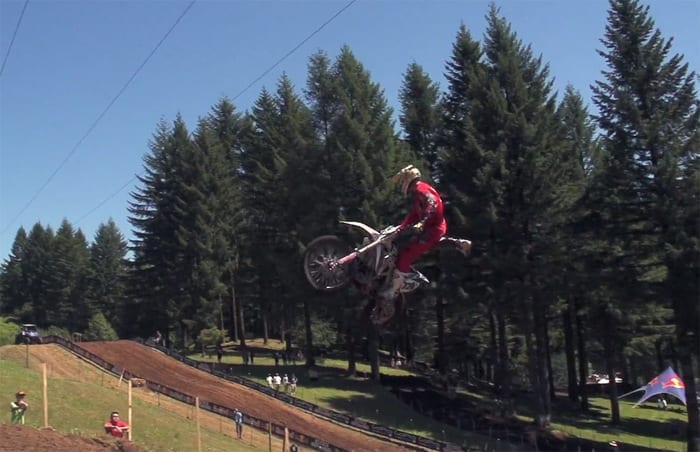 With his new found backyard consisting of Washougal, WA it was only a matter of time before the question of racing a national in 2014 became reality for Brett Cue. Join Brett as he takes on the challenge of not only the Washougal National, but also as he heads down to Utah for the final round of the AMA Outdoor National Series.

Heavy rain prior to both events added a little more to the challenge than expected, but that didn’t stop BQ from having fun throwing his dirt bike around in the mud!