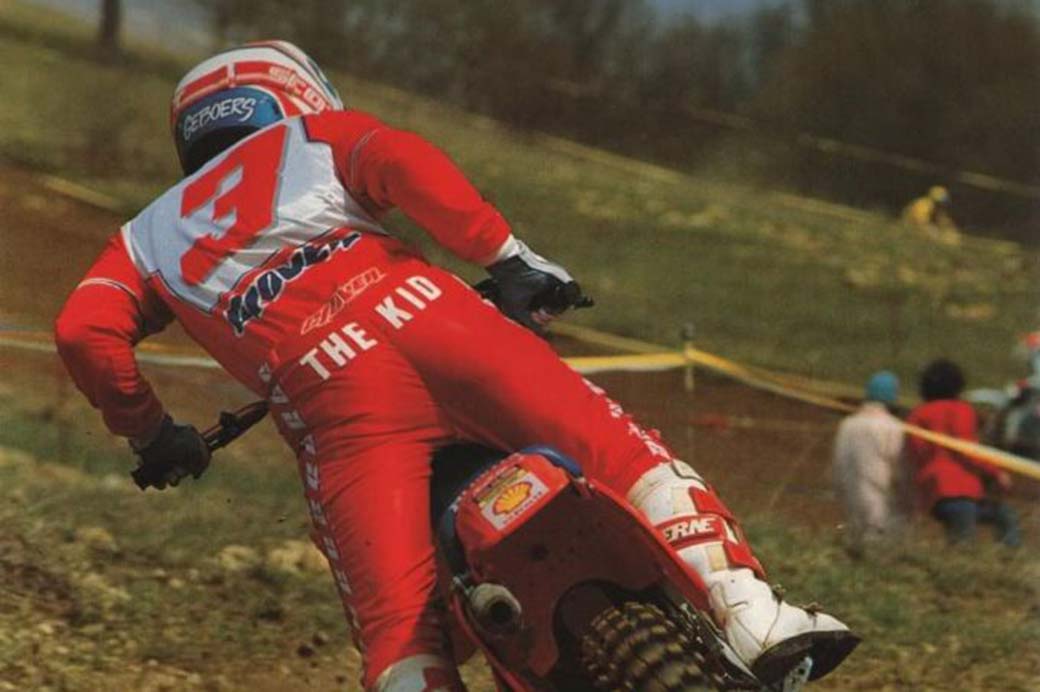 Eric Geboers has tragically died aged 55. The legendary multi-time motocross champion is reported to have drowned while attempting to rescue dog.

Geboers’ unexpected and sudden death comes as a terrible shock to the motocross community. The Belgian was the first rider to win 125, 250 and the 500 world championship.

Reports from Europe say police and rescue searched for Geboers last night and this morning after he went missing at the Miramar recreation park in Mol. Geboers went into the water around 10pm local time according to witnesses but failed to resurface.

The search went on until the early hours and was resumed again this morning without any success.

He was part of the HRC dream team of Dave Thorpe, Andre Malherbe and himself, famous for being short in height but not talent or feistiness.

The champion enjoyed his helicopters, promoted many Belgian GPs and managed the factory Suzuki squad with brother Sylvain.

Our thoughts are with the family and friends of Eric at this terribly sad time.

Dirt Bike Rider would love to share your thoughts and memories of the great man known affectionately as The Kid. Please leave your condolence messages on Facebook and Twitter and we will share them with the motocross community.