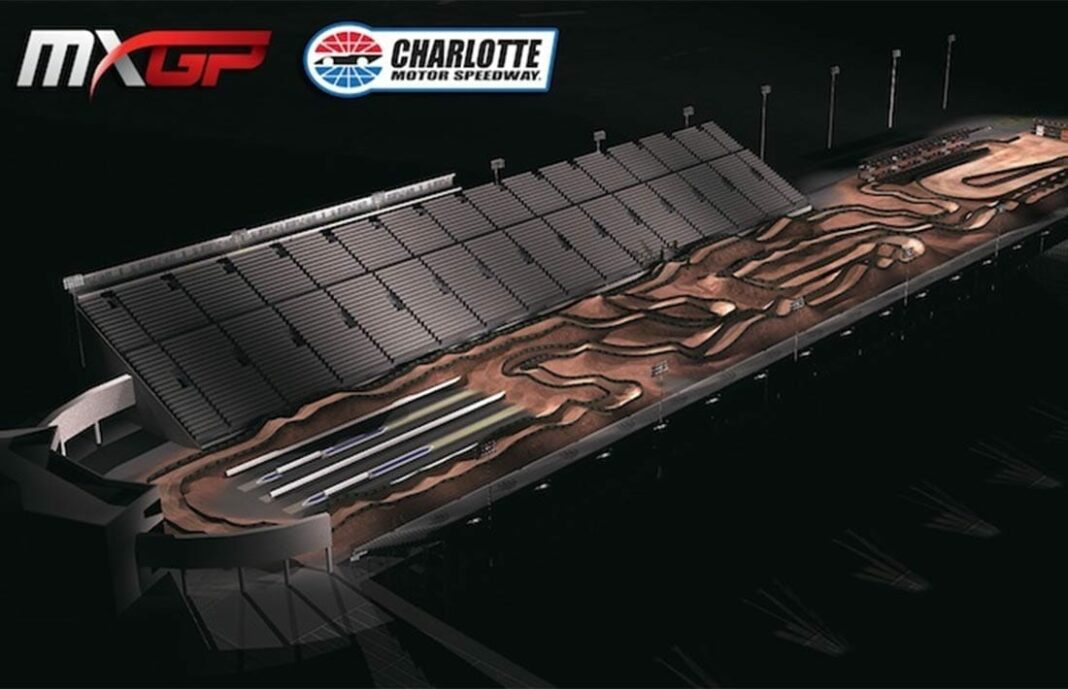 The MXGP of Americas was announced last year by MXGP promoters Youthstream but other than a proposed location and date little detail had been released. Last night Youthstream president Mr. Giuseppe Luongo and director Mr.David Luongo were invited to Concord, North Carolina, USA, to attend the official media presentation of the MXGP of Americas.

During the presentation it was announced that Monster Energy are on board as the title sponsor of the MXGP of Americas in addition to the Monster Energy MXGP of The USA – the MXGP season finale, which will take place at the amazing Glen Helen Raceway in San Bernardino.

With the knowledge that North Carolina is a prominent area of motorsport in the USA, mostly due to its epic rounds of Nascar, it is obvious the motocross grand prix has great potential to attract a wide and enthusiastic audience and is bound to be a great success. But with the extra support from Monster Energy, a leading manufacturer of energy drinks and a giant supporter of motocross worldwide, the Monster Energy MXGP of Americas is likely to be a big hit.

Speaking at the media event Giuseppe Luongo, President of Youthstream said “It’s a pleasure and honour to work together with Speedway Motosports Inc. and to bring MXGP to this outstanding venue.

“The area of the ZMAX Dragway is perfect to build a spectacular race track where the best motocross riders in the world can race in front of thousands of spectators who will be seated comfortably in the grandstands. The event will be followed live worldwide by a massive TV audience. We want to thank Monster Energy for their support, the cooperation with SMI is fantastic, so I am sure that all together we will organise an event which will remain in the memory of all the fans”.

“Youthstream, the owner of MXGP, is an excellent partner with a grand vision. Not only will we have an opportunity to host competitors and fans from three continents and 16 countries, we’ll be able to showcase our facility and Charlotte on the world stage with the Monster Energy MXGP of the Americas.”

A little more meat was put on the bone last night including details of the track layout and motocross legend Jeremy McGrath provided a US perspective on the event that will take place at the famed Charlotte Motor Speedway stadium in Concord on September 2-3 2016.

The unique race course will be built across the four lanes of zMAX Dragway, giving spectators an up-close view of the daredevil action. It will take several tons of dirt and gravel to build the foundation of the course, which will begin following the NHRA Four-Wide Nationals April 22-24, 2016.

The one-mile course, built by Youthstream’s best know how, features 15 jumps that will send riders up to 30 feet in the air, 12 tight turns and seven switchbacks that can deliver spills and lead changes, and straightaways where riders’ speeds will top 55 MPH.

“It’s going to be an amazing race course and an amazing weekend,” said McGrath. “The course is going to be tough and tight, fans are going to see those crazy jumps out there. If they’ve never been to a motocross event, this is one to see! And, it will be cool to show off Charlotte to the world circuit.”

Tickets for the Monster Energy MXGP of the Americas begin at $59 for weekend tickets and two-day paddock passes. Special hotel offers for the Monster Energy MXGP of Americas are available and camping is available in adjacent lots with ticket purchase. Visit www.charlottemotorspeedway.com/tickets/mxgp/ for weekend details, hours and to purchase tickets.