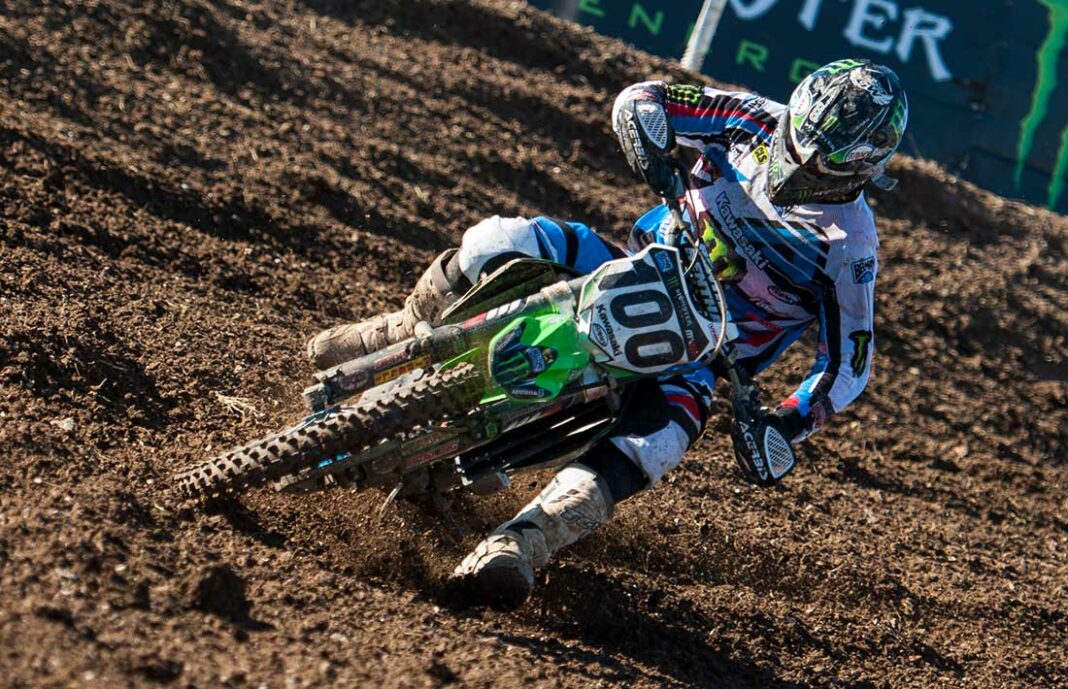 The launch of the International Dirt Bike Show at Stoneleigh Park in the UK this week should see the first appearance of Great Britain’s most successful Grand Prix rider since 2001 back in Monster Energy Kawasaki colours.

Tommy Searle, three times an MX2 FIM World Championship runner-up, has long been connected with Steve Dixon’s Kawasaki set-up and is set to wear the colours of his new crew for the first time in the halls of the show from tomorrow (Thursday).

Searle has bounced between Red Bull KTM and Monster Kawasaki teams for his entire career initially bursting onto the world stage riding a KX250F while a 16 year old.

He made his debut in the MXGP class in 2013 but two injury-blighted seasons with the KX450F led onto another frustrating year with the 350SX-F and he is ready to return to a British-based Kawasaki crew for the first time since he made his breakthrough with the Molson team in 2006.

For Dixon the capture of Searle is compensation for the expected departure of MX2 Grand Prix winner Max Anstie, although the rider that finished third in the world for 2015 will also be representing the DRT squad at the show and until his contract allegedly expires at the end of the month.

With Dixon’s technical acumen and Searle’s desire to still prove that he can achieve success in MXGP the link-up is promising for 2016. The team will enter their second season ‘in green’ but it will be their first with the KX450F at Grand Prix level. Searle is also expected to be a full-time participant in the British Championship once more.