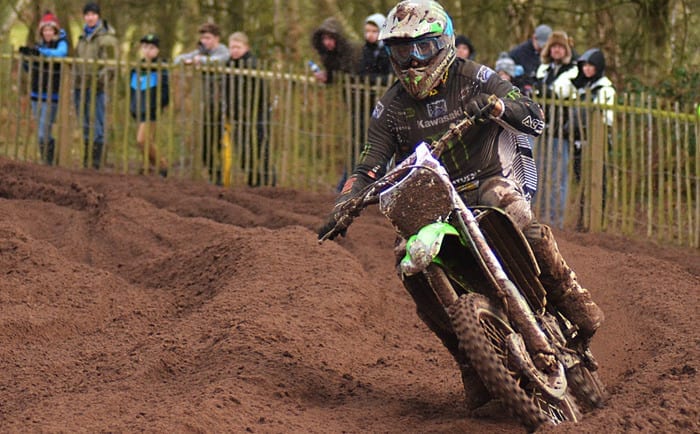 British MXGP rider Tommy Searle has completed another bout of treatment on his broken left ulna in an attempt to get race-fit sooner than originally forecast.

Searle revealed last week in an exclusive interview with DBR that he would like to return to racing before the British GP in May. He said: “My arm is not painful but it will be at least a couple of weeks before I can ride again. It is a broken bone so you have to give it time but I want to be back earlier than the British GP and I think I will be.”

The MXGP star – who was initially expected to be out of action for at least six weeks after suffering a huge crash in Thailand three weeks ago – has visited Nicky Snazell’s Pain Relief Clinic in Staffordshire, where he has undergone nine hours of MRT treatment. MRT is used to stimulate the growth of new cells and can regrow bone for rapid fracture healing.

Searle will be hoping to emulate Van Der Mark, who returned to racing just two weeks after fracturing four bones in his foot, after visiting the clinic for treatment.