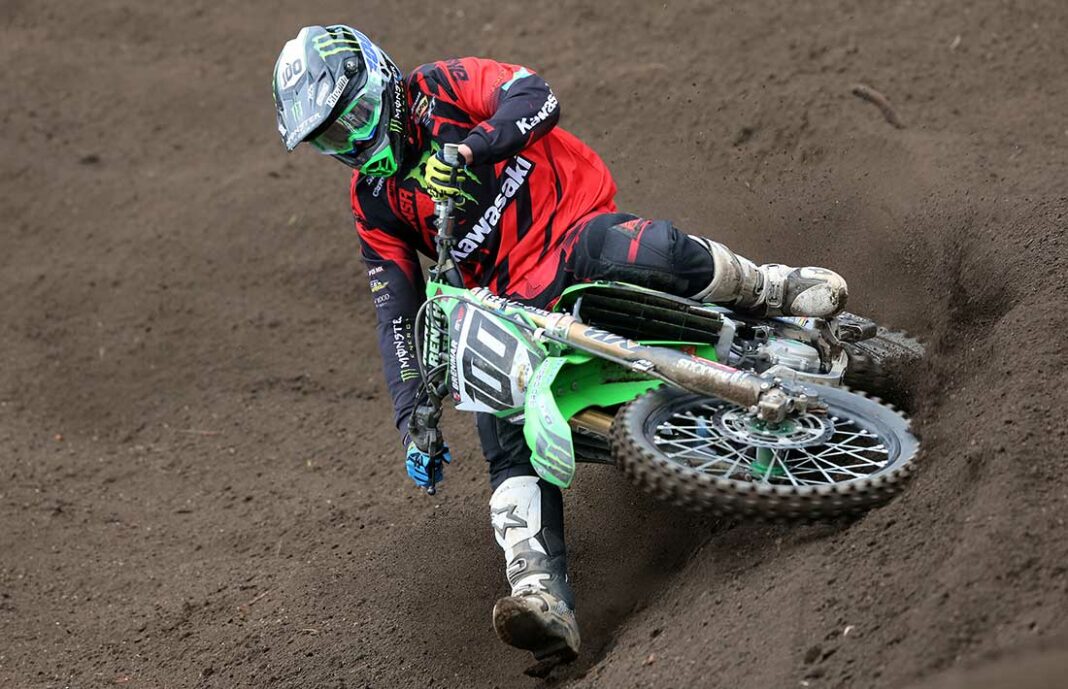 Tommy Searle’s Grand Prix of Patagonia Argentina ended with a crimson view as the former triple MX2 world championship runner-up was forced out of the second moto with a broken nose.

The 26-year-old has displayed resurgent speed and form after two years largely in the injury wilderness but has also been limited by fuel problems that hampered his second moto in Thailand and curtailed the second race altogether at the Grand Prix of Europe (round three).

Argentina represented his first real mistake of the ’16 campaign; the aftermath of which means a battered appearance for this weekend’s fixture in Mexico.

“It was my own fault because I have bad starts and I was off the main line trying to pass,” the Monster Energy DRT Kawasaki athlete explained of his early get-off at Neuquen. “I tried to carry on but I was a little dizzy and making more mistakes; I had blood in my goggles and couldn’t see with the sun so it was better to stop.”

Searle has gone 9-8, 6-14, 8-18 and 10-DNF in his appearances for the British crew this season on what is largely a stock KX450F but for which Steve Dixon’s crew are now looking to augment with parts to help Britain’s most successful Grand Prix rider this decade with more potency out of the gate. “I’m a bit frustrated because I have the speed to get a lot better results than what we have done up until now,” he asserts. “I am happy with how I am riding; I just need to focus on a few things like starts.”

Despite the adversity and a bumpy ride back up the leaderboard of Grand Prix, Searle is still Kawasaki’s leading racer in the MXGP pack and sits 10th in the championship standings.