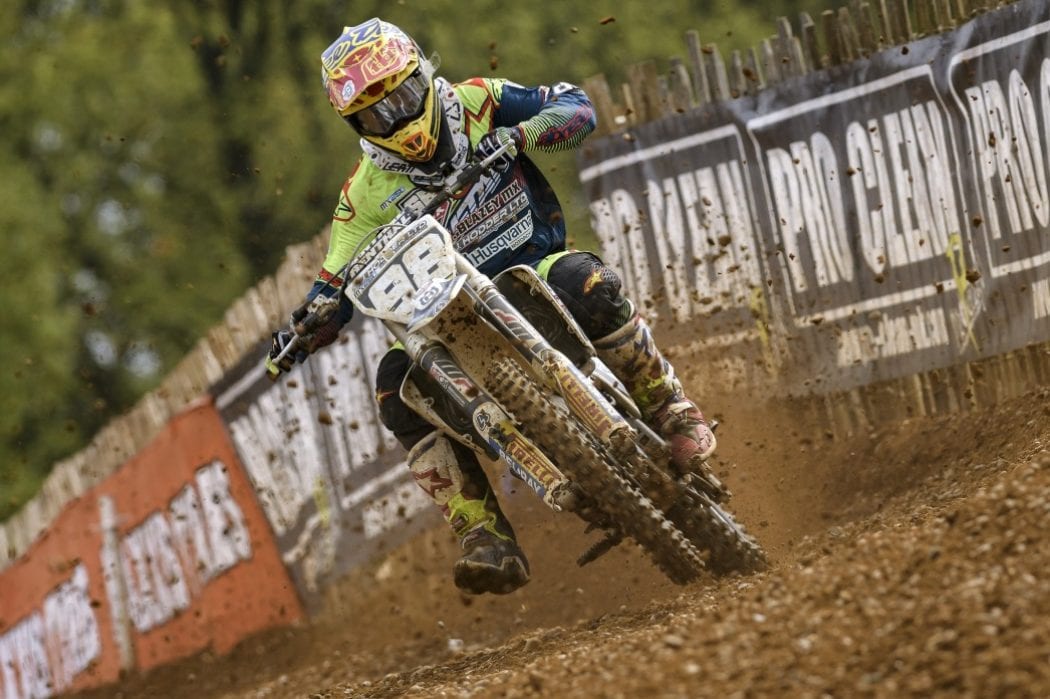 Todd Kellett, who sustained severe spinal injuries in a practice crash last month, is now out of his surgical neck and back brace and planning a marathon cycle to raise money for the Yorkshire Air Ambulance Charity.

The 20-year-old from Somerset broke six vertebrae when he crashed at Doncaster Moto Parc on December 13.

Now, along with his girlfriend Lucy Calvert, he is aiming to cycle 200 miles in 48 hours.

His initial target is £3,000 – the amount it cost the air ambulance to attend the scene of his accident.

“Those guys came to my rescue so I want to show how grateful I am and it’s also a great goal as part of my rehabilitation,” said the Maxxis MX2 contender.

“I plan to do it pretty much as soon as I get the all-clear to cycle for a long period because it’s probably going to be two 10-hour days.

Unfortunately, I haven’t got a firm date but at the moment I’m thinking sometime around April.”

Todd’s recovery is going well although there’s no clear date for a return to action with his new Verde Substance KTM team.

“It’s a slow, day-by-day process. I was out of the brace last week which feels strange because my muscles have been relying on it and I’ve been given the all-clear to cycle but I’m limiting this to short periods.

“I’ll have further check-ups in the next few weeks but it’s too early to say when I’ll be back on a bike.

“I’m dealing with a great doctor and I’ve got a lot of faith in him so when he says I’m okay to ride then I’ll ride. It’s quite a difficult injury because if, say, you’ve got a broken leg or a broken arm you physically can’t use it but you can use your back more than you probably should.

“Almost every movement you make involves using your back.”

To add to Todd’s total – which currently stands at just over £600 – go to justgiving.com and search for Lucy Calvert.