Home News Motocross Title Battle to be decided at Assen 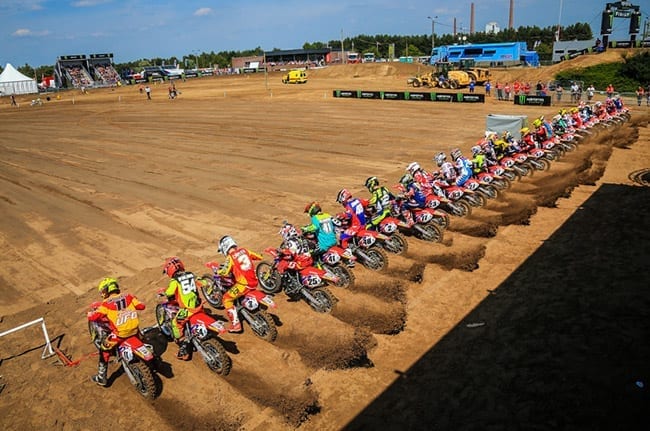 The popular Dutch MotoGP circuit at Assen will be transformed into a sand track that compliments the fast flowing turns synonymous with “The Cathedral”. New for 2015, this event will test the CRF150R riders with another track compound after the deep sand of the previous round at Lommel.

With just two points separating Emil Weckman (FIN) and Jack Bintcliffe (GBR) at the top of the table, and three other riders within 50 points of the Finn, the title fight is still wide open.

Dutch riders Rick Wennekes and Mack Bouwense will also be looking to have a strong end to their season in front of their home fans. Bouwense will be hoping to move up into the top ten of the championship standings after his best result of the year last time out in Lommel, where he finished eighth overall.

Davy Dousselaere – Honda Europe Off-Road Manager “It is wonderful that again we have had such a tight championship all season and riding on equal machinery, the CRF150R, really helps to provide this – plus we get to see the skill of the riders much more easily.

“We don’t know much about this track at Assen but it is most probably going to be sandy and, after the deep sand of Lommel, it will provide the riders with another type of surface to tackle. I am very impressed with how well Emil Weckman and Jack Bintcliffe deal with the pressure at such a young age. With only two points between them going into this last round I am really looking forward to seeing how they cope this weekend and to find out who will be our 2015 champion!”