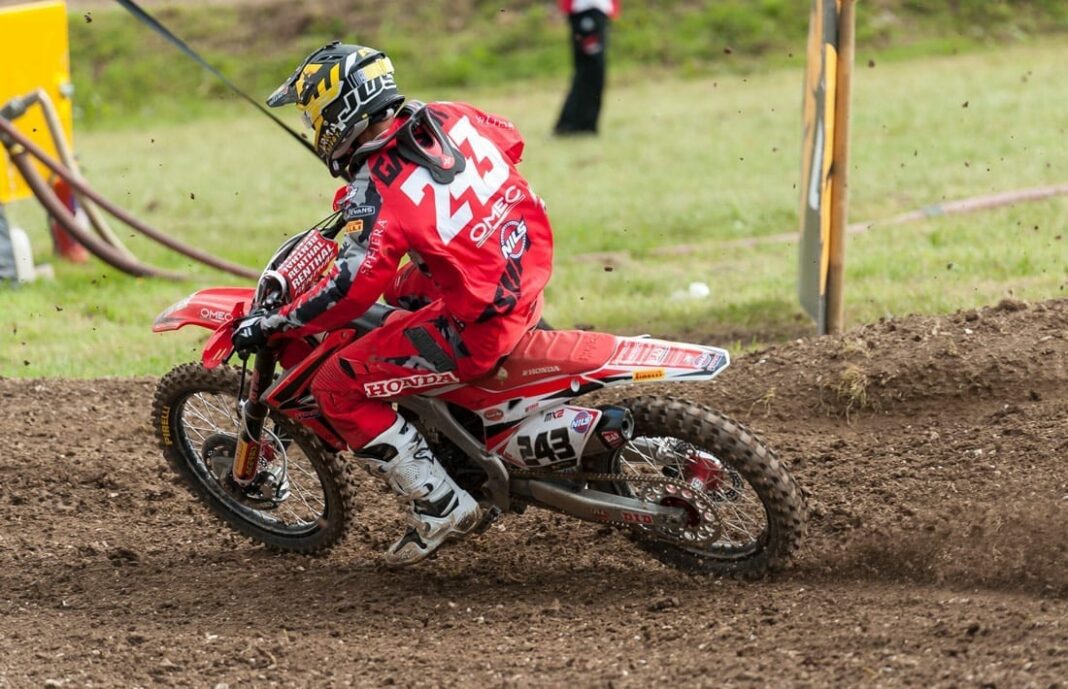 HRC Gariboldi’s Tim Gajser is weighing up an appearance at Anaheim 1 and the opening round of the 2016 Monster Energy AMA 250SX West Coast series.

The Slovenian is currently in the midst of a close battle for the 2015 FIM MX2 World Championship but already has plans with his father and team to travel to California in the winter and get riding time under his belt before a stadium debut.

“It is a big dream from when I was really young,” he says. “I think any kid who starts riding and racing, thinks about Supercross and going to the U.S. and being in front of so many people in a stadium. The whole opening ceremony and your name being read out…it would be like ‘Oh, my God’. I would love to try it – my Dad prepared a hard Supercross track at home and I train a lot there.”

Father, trainer and mentor Bogo is fully behind his son’s ambition and has even taken some steps back in their native Slovenia to help Tim get up to speed before he jets across the Atlantic. “I am pushing for the USA,” he said. “We will go in December and then prepare to ride Anaheim 1. At home Tim has a track that is half Supercross half motocross and I’m sure an American would struggle!”

Gajser trains with a CRF450F and Supercross is regularly part of the regime, but to compete in the AMA? “Right now I would need some more practice,” he realistically admits. “If you have a good winter and you go in November or December and ride those American tracks then I think, yeah, I can do well. I know it is a big culture change and lifestyle change to go to the USA to race but I don’t think then it will be a problem.”

With the first Grand Prix of the 2016 provisional calendar set to take place at the end of February there is little chance of the potential world champion making nothing more than a wild-card appearance in the U.S.

Under the terms of his new five year HRC deal – as we exclusively report last week – however Gajser apparently has the freedom to decide where and what he will race in the coming years. Together with HRC General Manager Roger Harvey at Lommel last weekend #243 did confirm that he will be in MX2 in 2016, regardless if he wins the title or not.