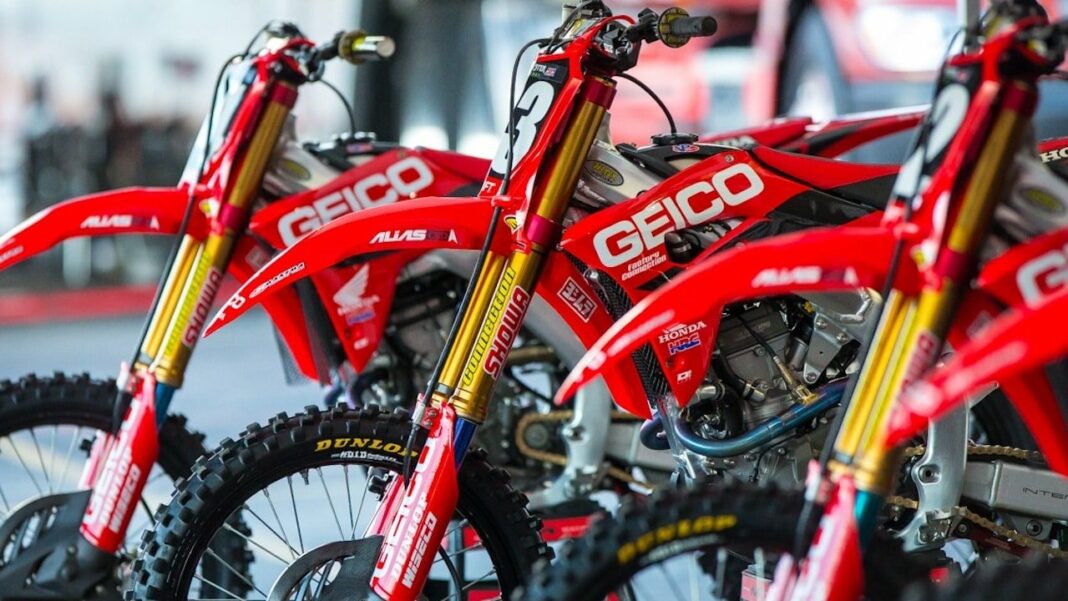 Geico Honda were one of the world’s most recognised motocross teams at one point in the industry, until a split between the long term sponsor and Honda team rocked the motocross and supercross community.

Speaking on the Gypsy tales show, Team owner Mike Grondahl explains what it was like coming towards the end of the agreement with Geico.

“He didn’t really understand racing and was a little snarky and you know, that really was not right, so I figured they were gonna probably say no, which they did, when they wouldn’t let us put make motocross great again the way the alias CBD sticker was.

“They said they don’t make political statements, but before I asked them that question I went and checked in, they had given money to the Hillary Clinton campaign. It just showed them how heartless, that they really were at the end.

You can watch the full interview below: