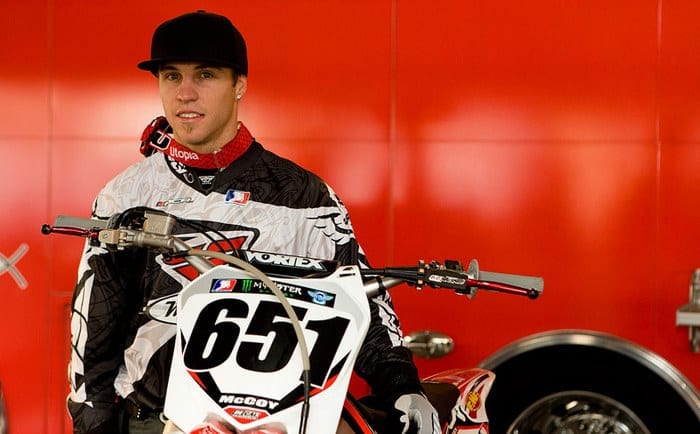 Boasting over a decade of running at the front of the super-competitive Australian Supercross series, Daniel McCoy joins Kristian Whatley on the MBO Sport ASA Scaffolding Yamaha team for the 2014 Arenacross tour.

The 29-year-old is the current Queensland SX champ with a career best of second in the Aussie SX Championship among five top-three overall series finishes since he first contested the tour in 2003. He also raced select rounds of the AMA SX tour in 2009 and 2013.

“I watch the [British] motocross championship on Foxtel and there is a lot of good talent and the tracks look unreal,” says Daniel. “Of course I’ve also checked out all the online edits from the 2013 Arenacross series and it looks like lots of fun – the crowds seem to get right into it and I can’t wait.”

Daniel will have to bring his A Game to the UK if he’s to be in with a shout of the title but the Ricky Carmichael fan is heading into the first round with an open mind.

“To be honest I’ve no idea what to expect. It looks like the start is so important so I’ll be working hard on that.”

As far as bragging rights in the team go, Daniel has the experience to do the job while Kristian – a self-confession Arenacross newbie – undoubtedly has the speed if he can adapt to an indoor environment. So will they get their heads together or will it be every man for himself once the gate drops?

“We are racers and we want to win so I don’t think he will be wanting to team up with me but we do want to put our team on top and I’m looking forward to meeting Kristian.”