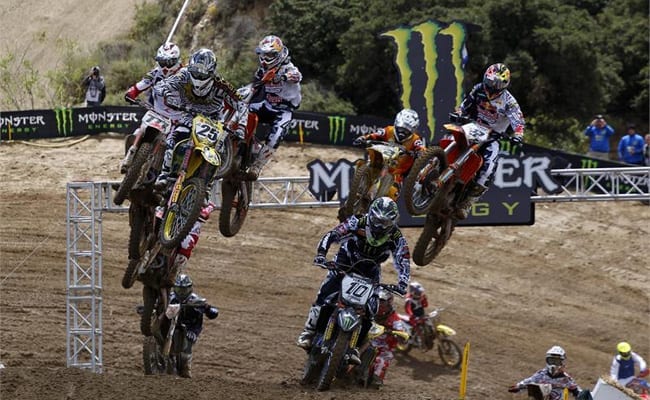 After a thrilling victory last weekend at the Glen Helen US GP, Rockstar Energy Suzuki World MX1 team is now on its way to Indaiatuba, north west of Sao Paolo, for the Brazilian round and the fourth event of the 2011 FIM Motocross World Championship.

The works Suzuki RM-Z450s of Clement Desalle and Steve Ramon were cleaned, stripped and crated immediately after the cold and windy race in California last Sunday where Desalle clinched his second triumph from only the third round this season.

The team was set for an easy week before taking the long flight from Los Angeles to the Brazilian metropolis. The trip to South America will bring back bittersweet memories for Desalle who aced the 2009 incarnation of the meeting at Canelinha for what was his second career success at the time. Last year, however, a technical glitch while out front at Campo Grande allowed title rival Antonio Cairoli to seal the 2010 championship.

“We had a mechanical problem last time but this is part of the sport,” said the Belgian after the race in the USA. “As always I want to do the best I can there. I have won two races this season now which is very good. The plan was to take some time to recover from this race – do a bit of sport and then travel to Brazil on Wednesday. I won’t ride because it is difficult to manage this and then do the long trip. It is not bad to take a few days off now and again.

“Brazil is an unusual place and I like to see different countries,” he added. “I hope we will find a nice track there and we will look for another good performance.”

Steve Ramon is one of the only riders in the world championship paddock to have previously raced at Indaiatuba. The venue hosted the 1999 Motocross des Nations and Ramon, as a young and green 125cc two-stroke rider, competed there the same year.

The first Brazilian motocross GP occurred in 1985 and the permanent and impressive site has been a host on more than one occasion and has shared the limelight with nearby Belo Horizonte.
“The plan is to recover and prepare as fast as possible,” said Ramon last Sunday evening. “I was there [Indaiatuba] at the end of the 1990s riding a 125cc. It was a long time ago so I don’t know if the track has changed. It will be ‘almost’ something new to discover.”