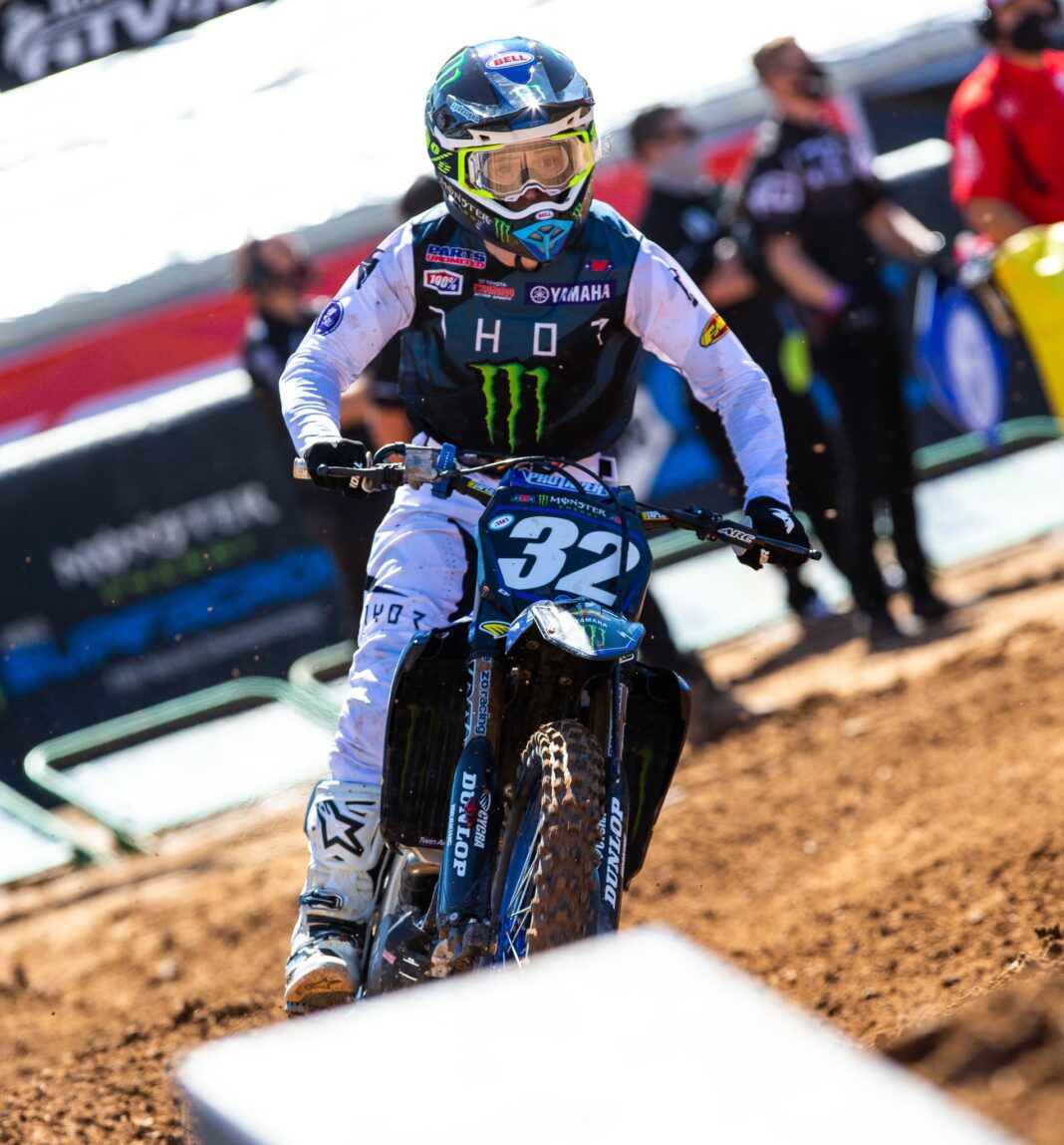 Monster Energy Star Yamaha’s riders have dominated the opening few rounds of the 250 Supercross season, with Justin Cooper following his East Coast team-mate’s tracks as they headed to the West Coast for round eight.

Cooper took the main event win with Cameron Mcadoo and Gareth Marchbanks completing the podium in an evening which wasn’t short on controversy.

“The first rounds are wild, it’s good to get there and healthy and better yet to win it. We saw with that red flag, a couple of guys go out and that’s not what you want to see, it was hectic,” said Cooper.

“I knew it was going to get that red flag after that. But I got two good starts and got out front again, and I really just put down a couple of laps and I was able to ride pretty comfortable out front.

“So overall a good day, I felt pretty good all day. The track was tough and that’s always the goal to stay consistent and that’s key. Last year before Salt Lake City, I had a really big crash and that kind of sent me, I didn’t really want to race the rest of the series after that, but I came in pretty beat up and it was with my chest, so it didn’t help with the breathing and the altitude. So I really set me back and yeah, it kind of just ended right before it even started at Salt Lake.

“Obviously taken all that into this year a little bit, you know, it’s go time for me and it’s a little bit more important for me to get on that top step and that’s what’s expected for me.”