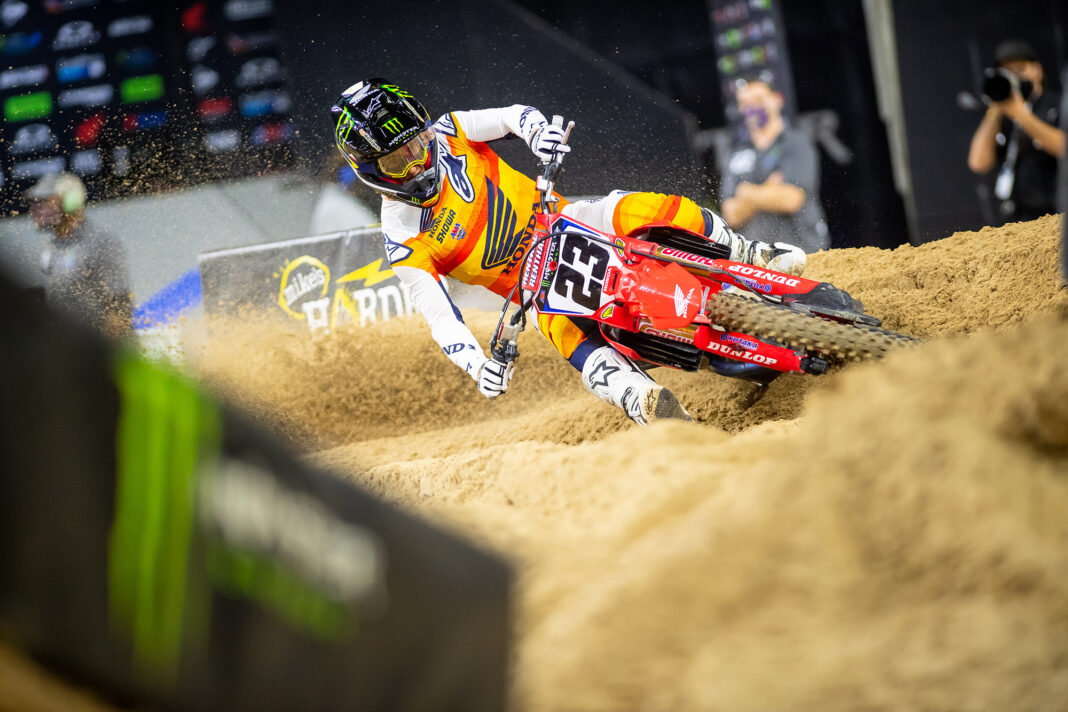 HRC’s Chase Sexton has ruled himself out of this weekend’s third Houston Monster Energy Supercross round.

The Florida rider crashed heavily on Tuesday night and injured his right shoulder which he says is too weak to ride on Saturday.

“It kills me to say I won’t be lining up Saturday for the third round of Supercross due to my crash Tuesday night,” said Sexton.

“I’ve been having problems with my right shoulder being weak and limited range of motion. Getting MRI done tomorrow back in Florida to see if there is any damage done internally – hoping to be back next weekend at 100 per cent for Indianapolis.”