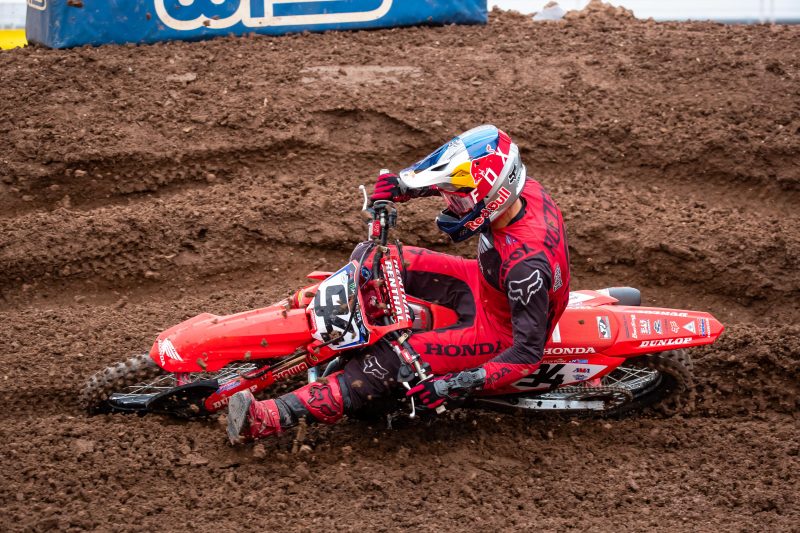 HRC’s Ken Roczen headed into the Rice – Eccles stadium for the penultimate round of the Monster Energy AMA supercross series, but struggled making some mistakes in the Utah stadium.

In the 450SX main event, Roczen nailed the holeshot, with Marvin Musquin and Eli Tomac not far behind. The German led the pack for 14 or 25 laps, building an advantage of over two and a half seconds, but a mistake exiting a corner resulted in him going down and dropping to sixth. Sexton took advantage of Roczen’s fall and also moved by Jason Anderson on the same lap to sit fourth, but Dylan Ferrandis got by him with three laps remaining. At the finish, Sexton was fifth, with Roczen just over a second back in sixth.

“What a bummer, once again.” explained Roczen. “I got the holeshot in the main and gapped the field, but just found myself on the ground after tucking the front before the whoops. I dropped back to sixth, and that’s where we finished as well. There’s not much that I can say about it, to be honest; it’s unfortunate. I’m finding myself on the ground lately in general, which normally is not my style. I’m just trying to put my team and myself on the top step and it just hasn’t been working out, so I’m looking forward to next weekend.”