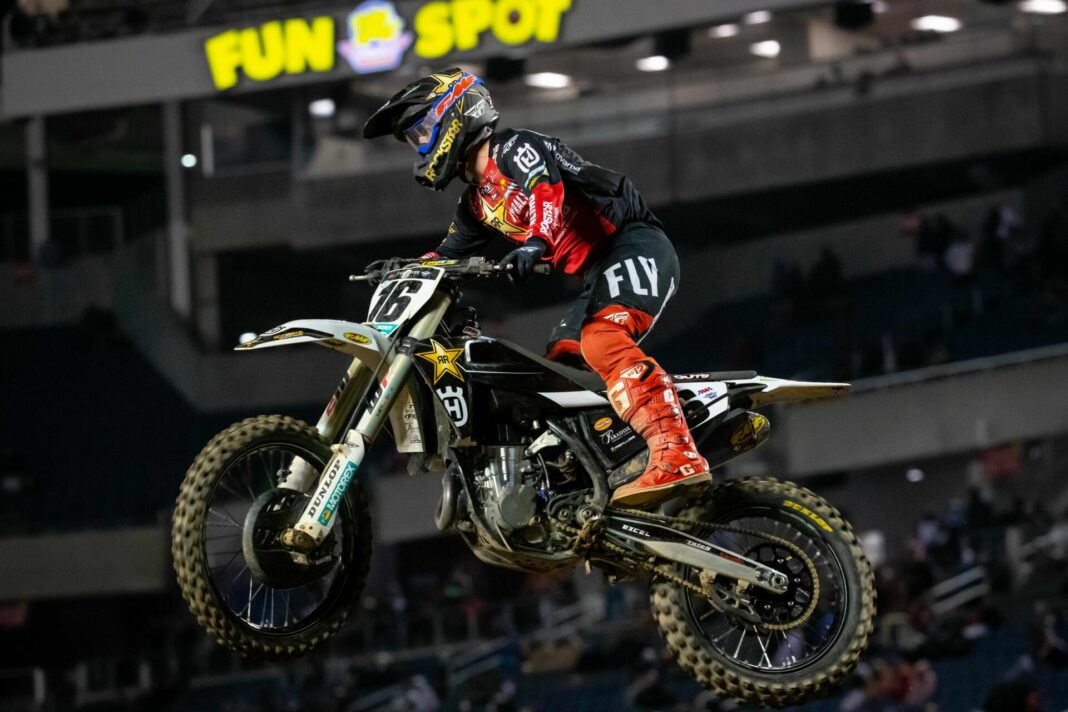 Rockstar Energy Husqvarna’s Zach Osborne suffered a back injury just before Orlando two but kept it quiet until now.

After landing a podium finish at the Camping World stadium in the first round at Orlando, Osborne returned to the dirt on Saturday night nursing an injury that he’s taken a week to release.

“Last Tuesday prior to Orlando two,” Osborne explained. “I got a weird sensation in my back after a big seat bounce, I tried to ride Wednesday a little and Thursday a little with no real improvement. I went into the weekend knowing it would be a slight struggle but it was a little more than I anticipated.”

Even though Osborne was injured, his pace didn’t seem to be affected with finishing a solid eighth in the main event, securing some decent points in the championship. With a recovery plan in place, Osborne will be back next weekend for round nine at Daytona.

“After some exams this week,” he continued, “I found out I have a bulging disc in my lumbar spine. I’ve done a lot of therapy this week and it’s coming back into a comfortable range so I’m hoping to be a little closer to normal by Daytona. Look forward to being back at 100% and getting back to having some fun at the races.”

Atlanta SX II: ‘I had to put myself back in the zone’ – Cooper