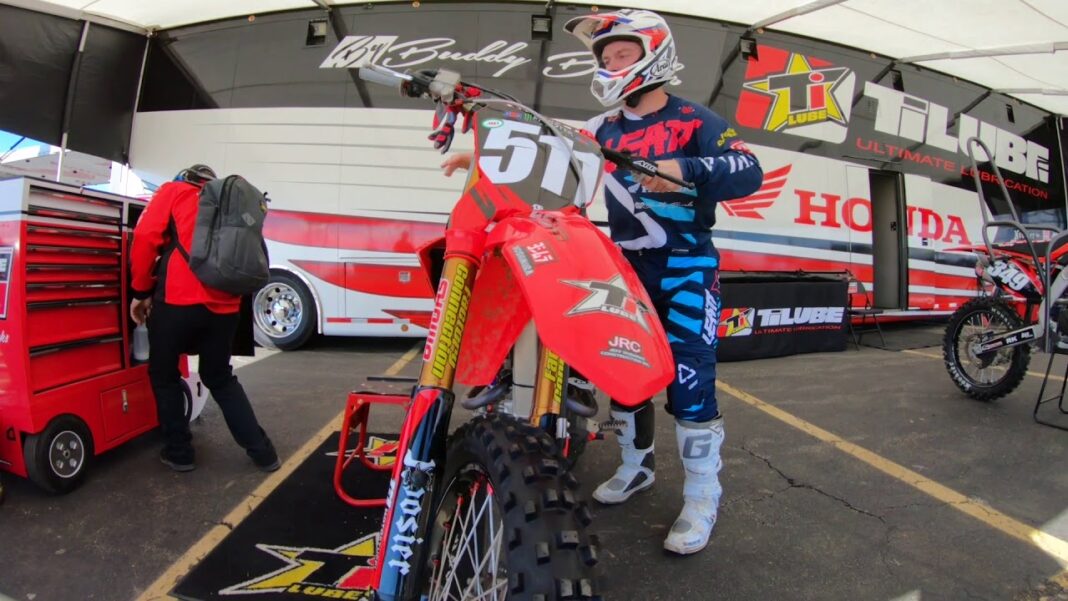 “Orlando II has a nice long start straight, into a left hand turn, which makes the first turn a bit easier if you’re on the back brake. Heading into the first rhythm section I would go triple, triple, triple, it has to be the quickest way through there, next jump is the Supercross triple which is pretty standard. If you’re doing a hot lap, go triple, single after that, but maybe not for the main.

“Next up is a big long whoops section which would suit me, 180° turn at then end which looks flat, that’s actually quite hard after the whoops trying to slow the the bike down.

“Back down the start straight into a tight right-hander before the finish line, into a small set of whoops, and I’d go inside single, double as it’s a raised elevated turn, then you would step on, step off, turn, then for a faster lap I would triple, three-up over the wedge jump then triple over the table top.

“In the offset section I would be aiming for the outside line on the hot lap which is a single then double back on to the finish.”