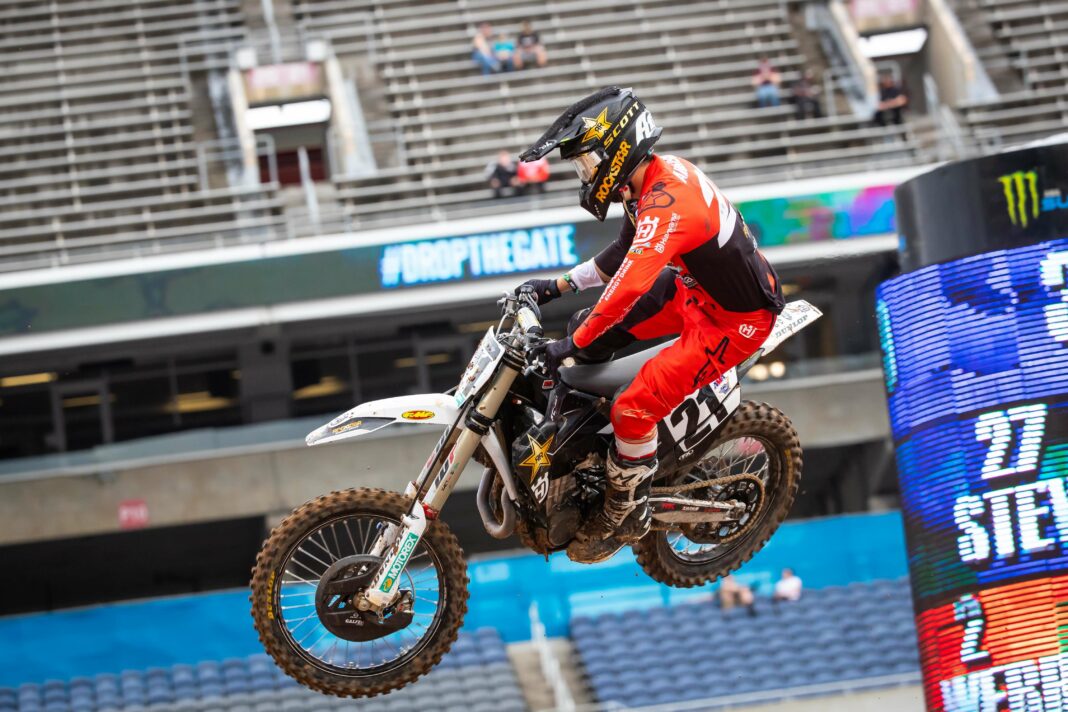 Round 8 of the Monster Energy Supercross Championship is well underway today with an intense qualifying session featuring some new 250SX and 450SX riders putting the revamped Orlando track to the test.

The 450SX B group seemed to be struggling with there qualifying sessions today at the Camping World stadium, with the JSR Motorsports KTM rider Justin Starling having a massive off only a couple of laps into the Q2, Causing a red flag and resulting in a broken leg, Whilst the Twisted Tea Suzuki rider Adam Enticknap went down hard in Q1 also causing the session to red flag and a broken collarbone. Both sessions got restarted, with Enticknap’s British team mate Max Anstie putting the fastest lap in his session to finish off the qualifying.

Moving onto Group A’s, the Red Bull KTM Rider of Cooper Webb looked aggressive and put a decent lap in half way through the session, with his team mate Marvin Musquin followed shortly behind on a charger lap finishing a bit further down the field. This then saw the Rockstar Energy Husqvarna rider Jason Anderson, take the top 450SX qualifying spot.

The Monster Energy Star Racing Yamaha team seem to be dominating the last few rounds of the 250SX Class, with team mates Justin Cooper and Jeremy Martin taking the early top spots of 1 & 2, with Hunter Lawrence looking a little cautious on his Honda as the track started to roughen up in the Camping World Stadium. This let ended up with a pretty quiet session one and two of the 250SX class compared to the 450’s with Justin cooper putting in a 51.095 to claim the fastest 250SX time.

Take a look at the onboard lap with Malcolm Stewart below: