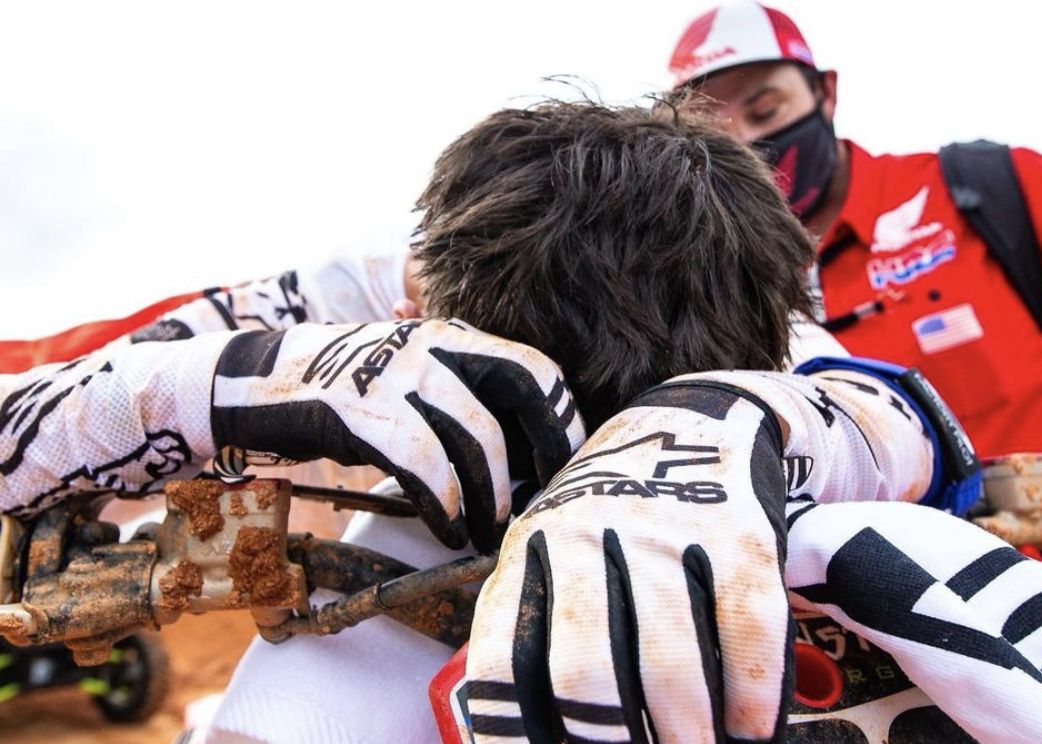 Round thirteen of the Monster Energy AMA Supercross championship took place last night at the Historic Atlanta Motor Speedway, with a bunch of the top ten riders getting caught out by the rainy and slippy track conditions.

HRC Honda rider Chase Sexton got caught out completely on track in the 450 main, grazing a back marker which lost him the race lead.

“It was really good race for me. Everything was going well, obviously Aaron went down so that was unfortunate for him but ended up giving me the lead and from there I kind of just kept putting in my laps and I really felt like I was pushing,” said Sexton, speaking at the track.

“I didn’t know who was behind me, I couldn’t tell who was Eli or Jason Anderson because they both were in kind of the same gear and so ended up being Eli obviously but I knew he was calm and I saw him out of the corner my eye in some corners and I was really struggling on one side of the first set of whoops, which was costing me time.

“I feel like I was good on the back half track and he would catch me on the front so I was riding a really good race and felt like I was doing consistent laps, then Eli pretty much just dropped the hammer! I don’t know a few laps ago and pretty much sucked up right in my rear wheel, I had a piece on the energy left and I was riding really well, I jumped inside trying to just get around them really quick and I knew he was right there. So, in that next corner I was pretty vulnerable.

“I knew the race was over and that’s how I like to keep going but I rolled the next jump and then obviously the race is over after that, not the best ending but first for the podium, so yeah it was a really good night for me the track kind of suited me, obviously it was tough but looking forward to Tuesday.”