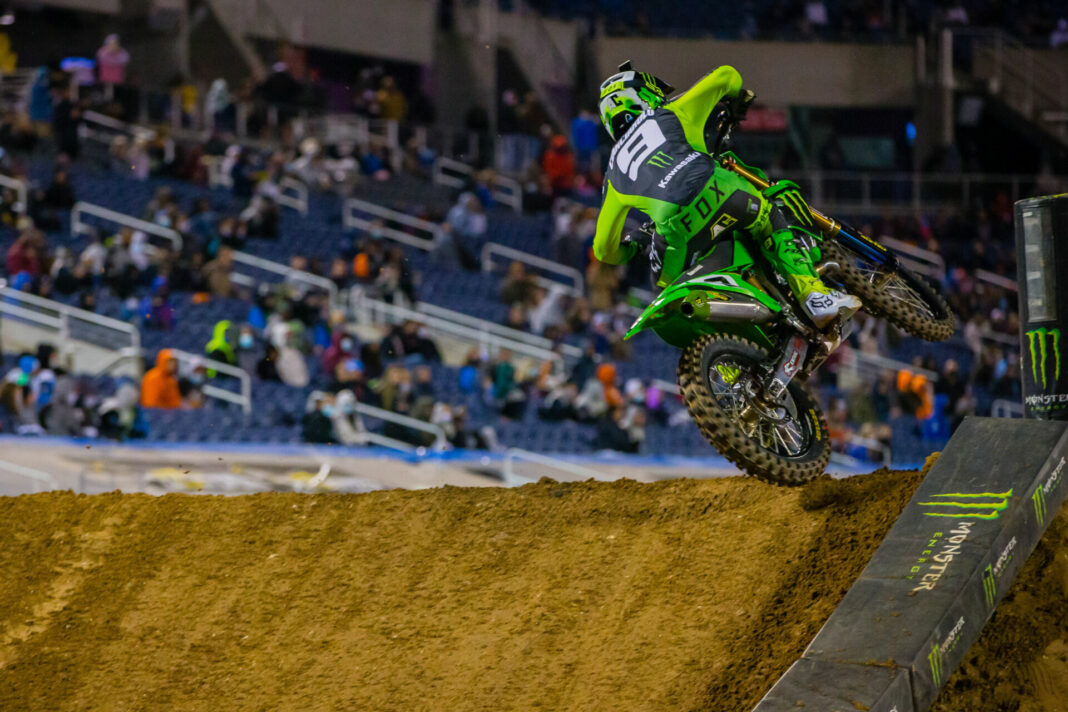 Monster Energy Kawasaki 450SX rider Adam Cianciarulo had a stroke of bad luck during Saturday night’s Monster Supercross round two in Orlando, making a mistake and going down hard in the whoops section during the main event.

“Well, today certainly didn’t go the way we would of liked it too,” said Cianciarulo. “We had some great momentum all day long. I qualified in sixth, finished second in the heat, and in the main event, I got such a great jump out the gate and was able to lead some solid laps.

“Once Cooper (Webb) got by me, I was able to see some lines where he was a bit quicker than me and felt like he wasn’t getting away from me, but as I began to look for lines to try and make a pass back, a lapper threw me off my whoops section and I miscalculated my jump into the whoops that resulted in me going down.

“It was not the way i wanted to end the night, but I can’t thank the Monster Energy Kawasaki team enough for their support on the good days and the bad days.”