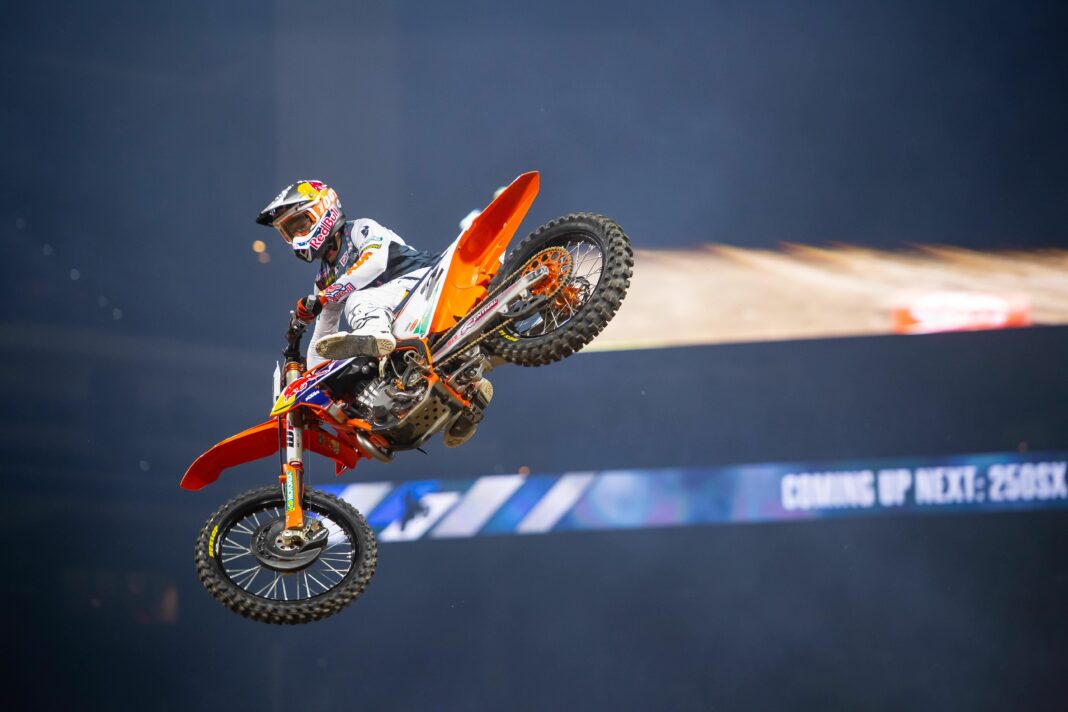 Cooper Webb has found his flow at round six of the Monster Energy AMA Supercross series this weekend, sticking his Red Bull KTM 450 on the top step in qualifying.

Webb was followed by the Monster Energy Kawasaki rider Eli Tomac, his teammate Adam Cianciarulo, then the one and only Star Yamaha rider Malcolm Stewart. All being said and it’s only qualifying, red plate holder Ken Roczen sits down in ninth – an unsual position for the German..

Colt Nichols once again made it look easy in qualifying one and two, confidently placing himself at the top of the 250SX timesheet. ahead of the comeback kid Jett Lawrence, the Troy-Lee Designs Gas Gas of Michael Mosiman, and Pro circuit Kawasaki’s Jo Shimoda.

Here’s what Cooper Webb had to say below after his qualifying.