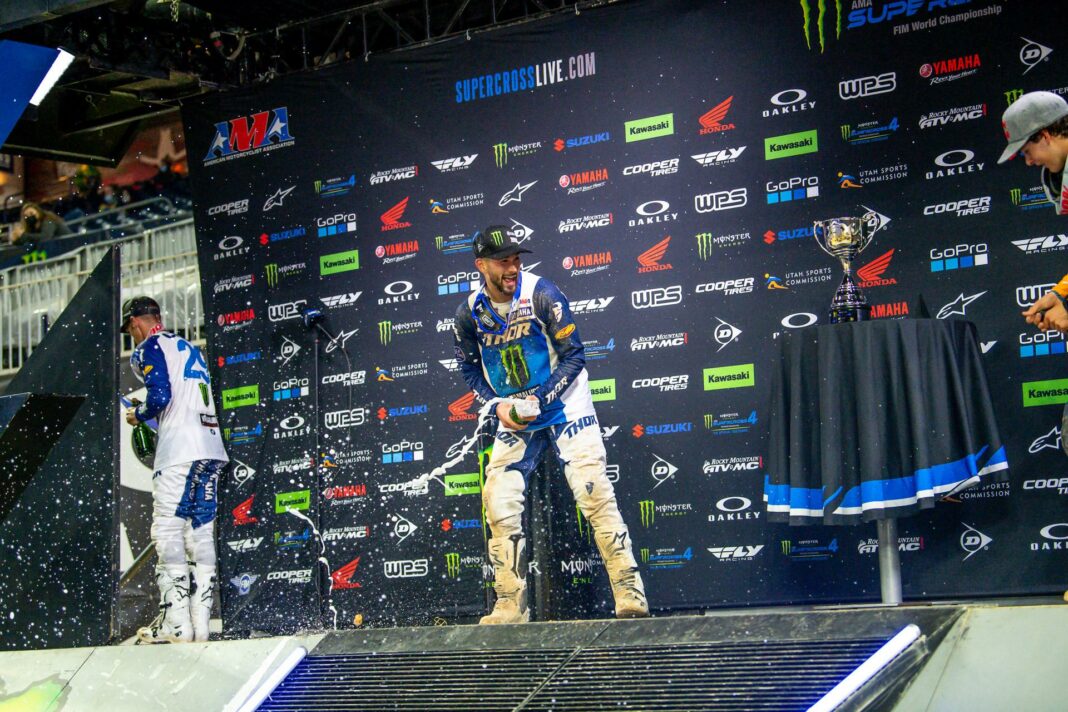 Colt Nichols continued his winning streak in Tuesday’s main event by making it three wins in a row at round five of the Monster Energy AMA Supercross series.

The Monster Energy Star Yamaha rider showed consistency and confidence during this round of the championship, and now leads team-mate Christian Craig by 11 points at the top of the 250 table.

“It feels great,” said Nichols. “That’s really what we want, I’ve been doing this for a while now and I’ve had my fair share of setbacks. It feels good, you know, I don’t want to say it’s overdue but it feels good to be in this position and I’ve wanted to do it for so long.

“Now that I’ve had a healthy off season and been in an experienced championship that’s helped, and I can’t really ask for much more with three in a row.

“Going into Saturday I feel great on the bike, and my fitness feels really good and the bike feels awesome. The team seems to be gelling together really well and that makes a big difference. I’m pumped, I want to keep it moving and I’m going into Saturday hungry.”

Watch the post-race press conference below.