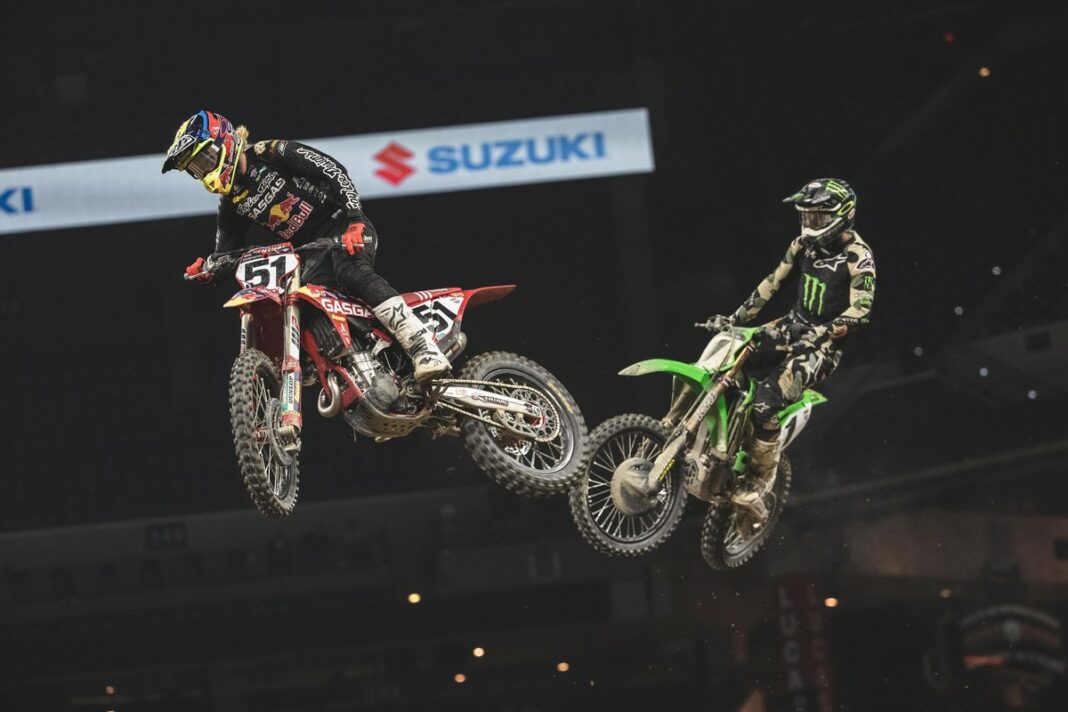 Justin Barcia took the main event win at the start of the Monster Energy Supercross Championship but seemed to struggle slightly in the following rounds with a few mistakes aboard his 450 Gas Gas machine.

Barcia appeared to have his aggression back this Tuesday, taking the hole-shot and continuing to grab a podium by finishing second in the 450SX main event, Just under four seconds in front of Eli Tomac.

“The last round before this was just a tough race, over rode, went down and didn’t put myself in a good position,” said Barcia.

“The two races before that i had really good charges through the pack so I know the whole time my speeds been great, I’ve just been struggling a little bit and searching to try and find that groove again. Last night I would definitely say I felt a bit off a little tight and didn’t feel super comfortable, and to pull a second was confidence boosting for sure.

“I definitely feel like I’m on the right track, starts were better, and everything’s kind of falling in place again, I don’t want to be the guy that wins the first race and that’s it so last night night I think for me I wasn’t in a great spot points wise, so I knew I had to do something so last night was a good statement to say i’m here for the long run.

“I feel great and I definitely know I can win races and battle with the best guys, it was a difficult race for sure but Kenny rode a really good race, and Eli pressured me really hard. There were two spots for him to pass before the triple and after but I covered those spots, I knew he was there, so like he said if he had sent it in there he would of took us both down.

“There’s a lot of respect in the 450SX class now, were definitely going to race each other hard there’s no doubt about it.”

Watch the post-race press conference below.