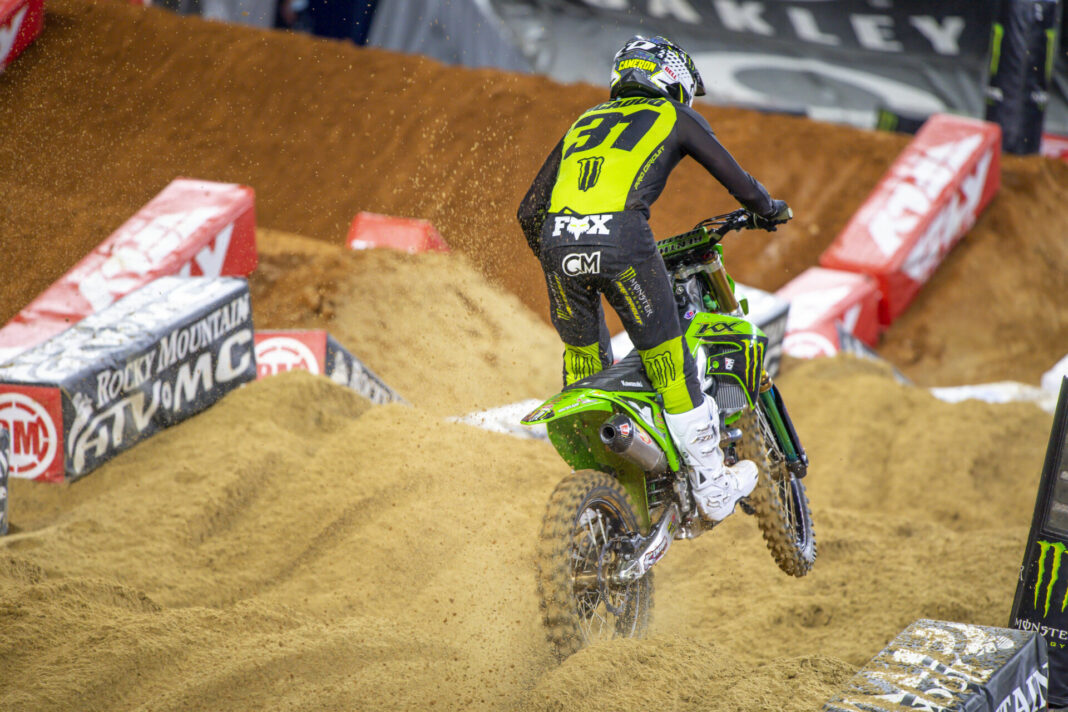 The cancellation of the Monster Energy Supercross championship qualifying two threw a lot of riders off their A-game today in Atlanta, one of them being Monster Kawasaki’s Cameron Mcadoo.

Speaking at the track, Mcadoo explained his day.

“The whole night show I kind of felt like I was a wreck, obviously it’s not good to go down in your heat race.” explained Mcadoo.

“Then in the main event, I was lucky that I was able to salvage the heat race with the way my bike was, it was muddy, so we could at least like everyone was slowed down a little bit. But the the main event crash was was really dumb like I had a little mistake in the whoops and I just kind of got sideways and got went in between the Tuff Blox.

“I thought there was more clay where I was at to turn off of and it was concrete so I’m a little skinned up but, obviously, with a crash in the main event to come away with third that’s pretty good points, but we want better, like we want to be better so I feel like I wasn’t my best version of me tonight and that was a little bit frustrating for me.”