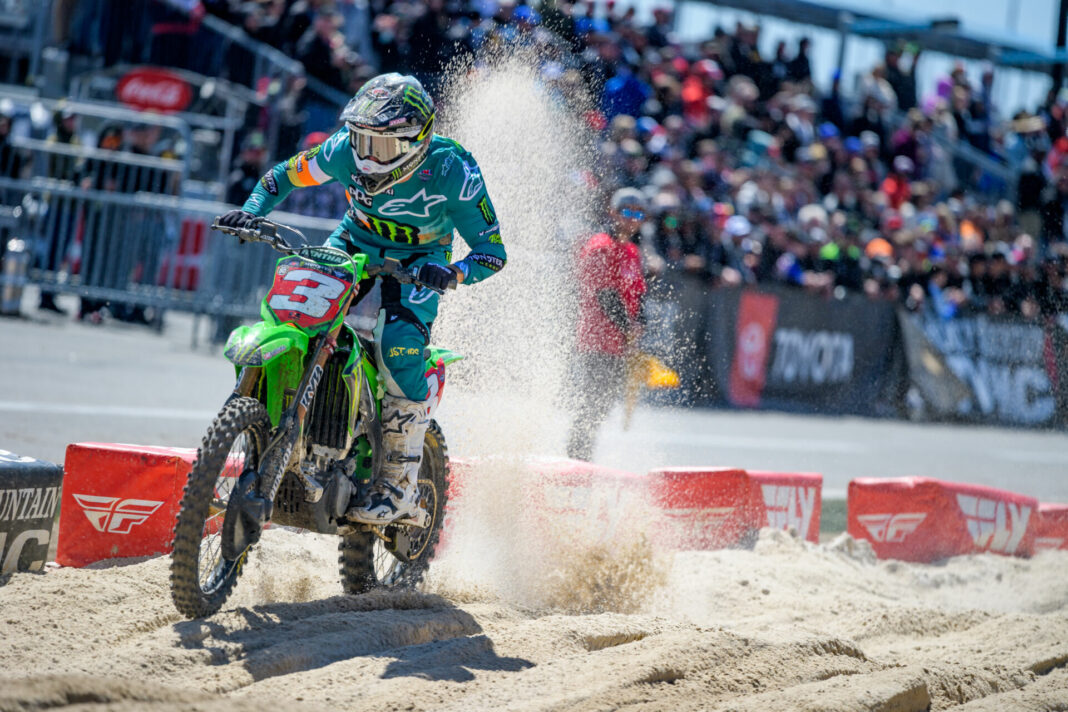 This weekend’s Monster Energy Supercross round nine at the Daytona International Speedway was an important weekend for Eli Tomac, adding pressure to himself to claim an historical win, which brought back the usual confident rider we’ve seen over the years at supercross.

“It’s a little hard to believe! I mean five out of the past six years this is more than I would ever have expected right? And like I said on the podium I can only credit to just like the track it’s it just fits me right,” said Tomac.

“Like what they like or not certain guys are better in certain conditions right, and this style is me so that’s what gets me there tonight. We had a great start from the beginning, You know that that was key, Crucial, as usual. And just just having fun on the bike.”

Speaking about his confidence and not being the usual Eli we have been used to watching over the years, Tomac explained his struggles: “Yeah, it’s I needed this. I mean, like, I haven’t had a good run and I’ve struggled the past three or four rounds. Like Like really struggle, like just not being, you know, me.

“So like I said, I’ve been looking forward to this race at this point where the last few have gone. I’m still in a pretty good hole points wise, but I’ve got a lot of work to do. But that being said, it kind of makes me feel like I’m still somewhat kind of in the game right as to where if I would have gotten beat by Cooper again, it’s like, wow, I’m really out of the game now. “