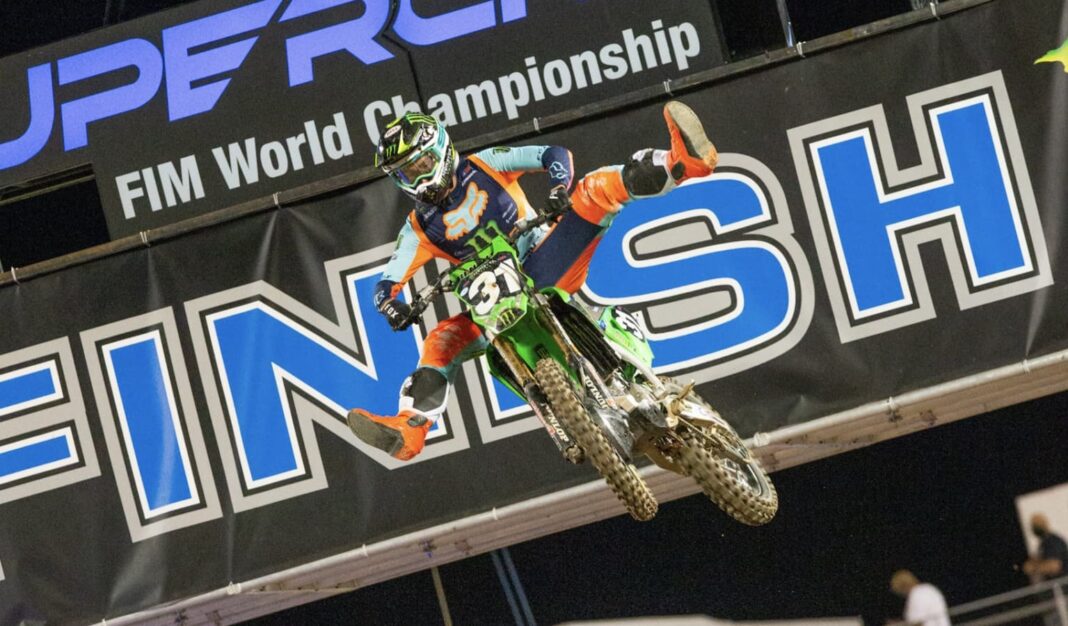 Cameron Mcadoo has caused a social media storm at round eight of the Monster Energy Supercross and not just because of his podium, the Pro Circuit Kawasaki rider discusses the red flag incident below.

“It was pretty crazy, we started getting red cross flags before we made it to the triple, So we were all obviously rolling wheels on ground and i came in, i just followed Justin into the corner and actually one of the medics jumped in front of me after Justin went by.

“He had jumped across and was trying to get across the track to Alex, and when he did that he jumped right into my front wheel and like my front wheel bounced off of the medic. I think my like peg clipped Alex when he was laying there. So that was like, i had just had nowhere to go.

“I don’t think the medic saw me coming, i didn’t see him ready to jump in front of me so that was what happened. that was definitely a bummer situation. And like Justin said, it’s never good to see guys go out early. So, i went and checked on Alex afterwards and hopefully that he can get back out there soon.”