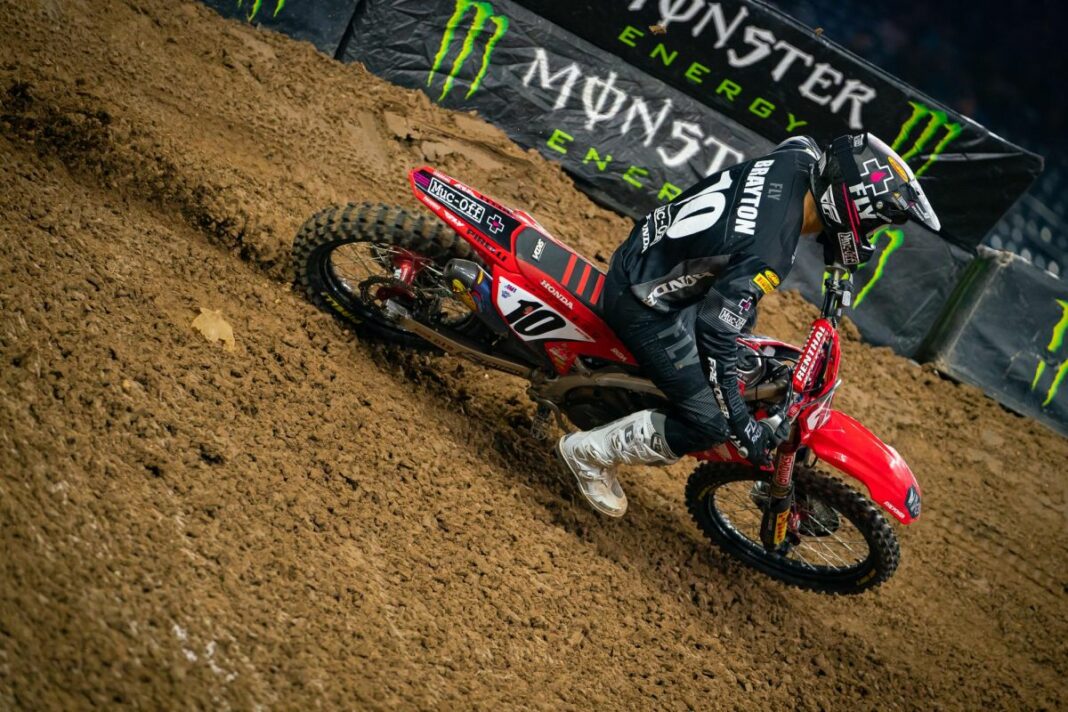 Muc Off Honda’s Justin Brayton has been forced to sit out round 9 of the Monster Energy Supercross at the famous Daytona International Speedway this weekend, due to a niggling injury sustained in round 7.

Brayton sustained injuries in Orlando to his chest that are just not right to race this weekend, despite him competing in a stock car race last weekend during the legends of supercross show.

“I was really hoping to be back for Daytona,” Brayton explained. “So I am pretty bummed to not be racing this weekend, it wasn’t an easy decision.”

“I know people watched me compete last week in a car race,” he continued. “But racing supercross is a whole other thing, our bodies really take a beating over the course of the night. Turning a steering wheel is so different to hitting whoops and my chest hasn’t fully recovered so I need to make sure it does so I can get the results my team deserves.”

Hopefully this means Brayton will be back ready for round nine of the championship, but in the meantime, this gives 250SX rider Mitchell Oldenburg chance to line up to compete in the 450SX class tonight.