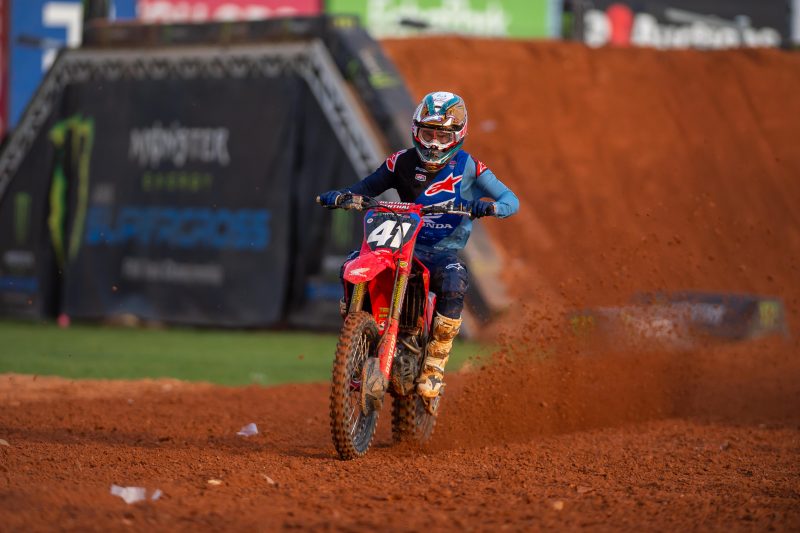 The Atlanta Motor Speedway hosted round fourteen of the Monster Energy Supercross Championship on tuesday night, with HRC’s Hunter lawrence putting in a decent performance in the 250SX class.

After looking strong in the heat races, Hunter stated he has been struggling with riding the bike below.

“It was a tough day, actually. We were struggling with bike setup all day, and after the heat race the team made a really good decision. We made a shock change for the main, and we had to test it on the site lap, when I had to push to get a feel and make sure we didn’t have to change any clickers, I was happy with how the bike felt.”

“In the first part of the race, before it got red-flagged, I was feeling really good but then crashed in the whoops. Thankfully, that race got scrapped and we were able to start again. I didn’t get the best start, but we just kept fighting the whole way. I had a really good ride and am pretty content with that for where we were during the day and for the start I had.”