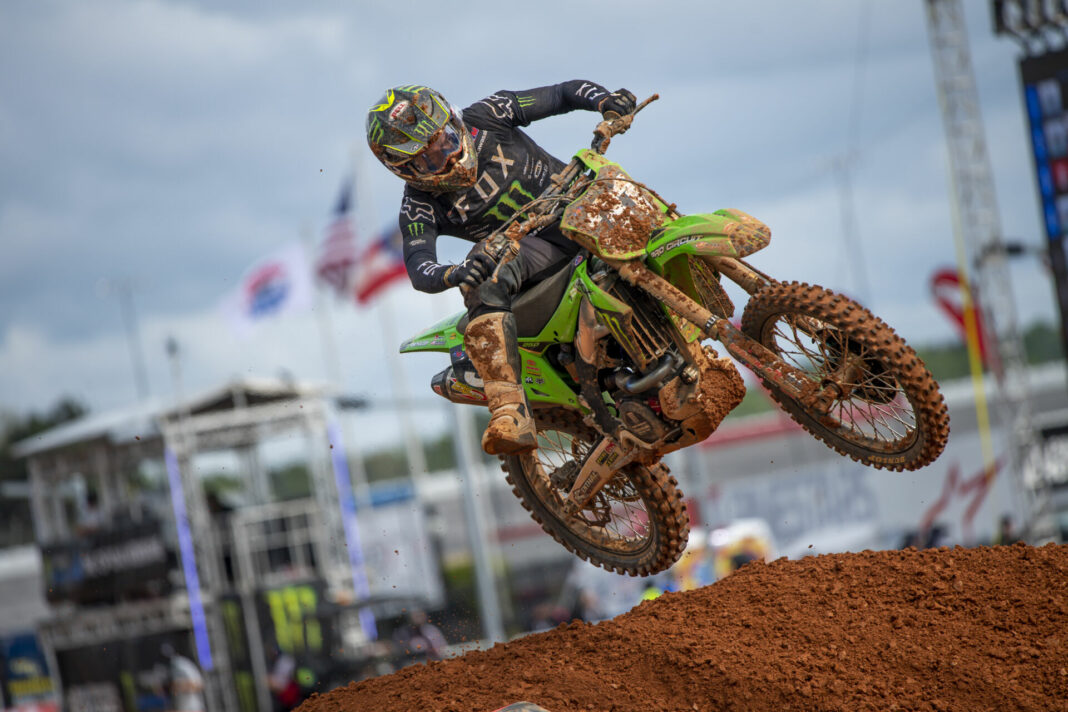 Cameron Mcadoo put his Monster Energy Pro Circuit Kawasaki to the test this evening at round fourteen of the Monster Energy Supercross championship, having a huge crash at the Atlanta stadium.

Speaking about the crash, Mcadoo explained how he managed to get back on the gate.

“The crash was obviously crazy! I just managed to restart but I hit my leg really hard, and I couldn’t move it, so I was struggling to get my leg back moving and I was doing my best to get up and I was wanting to go back to my bike so I had the medics tell me no, you probably shouldn’t and I was like no I want to go back.

“Then they let me, they you know they helped me down the jump, I was like telling him like just you know stop but anyway I got back to my bike after they red flagged it and rode back in, saying just hold on I want to race with them. They then obviously checked me out thoroughly because they were concerned about my head.”

You can see a replay of the crash below: