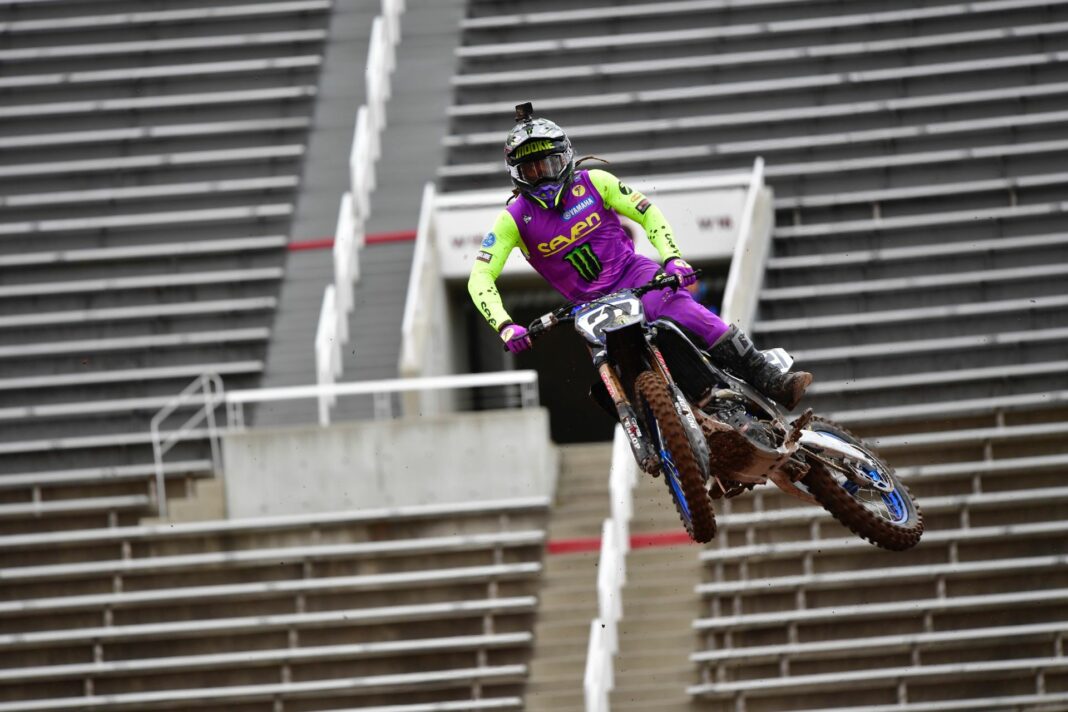 Stewart got off to a good start at Rice-Eccles Stadium, qualifying fifth. The Florida rider showed speed in his heat race and finished a close second to the defending 450SX Champion. In the Main Event, he didn’t get the start he was looking for but quickly established himself in the top five.

The Star Yamaha rider was then locked in a battle for third and kept pushing, showing strength in the whoops and staying right on the heels of the competition. After the halfway mark, he made the pass for fourth and then advanced to third the following lap after the race leader went down. From there, Stewart brought it home to earn his first podium in the premier class.

“It was a great day. I felt good and rode well all day and just let the race come to me. I didn’t have the best start in the Main Event, but we made it work the first couple of laps,” said Stewart.

“Then Coop (Cooper Webb), (Jason) Anderson, and I had a pretty gnarly battle. I was really strong in the whoops tonight, and even the corner after the mechanics’ area, and kept gaining ground.

“I’m just so stoked to finally get on the box. It’s been hanging over my head for a long time, and we finally got it. We finally did it. It’s a dream come true.

“It’s one of those moments I’ll never forget. Everybody says that after your first one, it comes easy, so this is one of many. I’m looking to have some more fun next weekend and go out here for a repeat.”