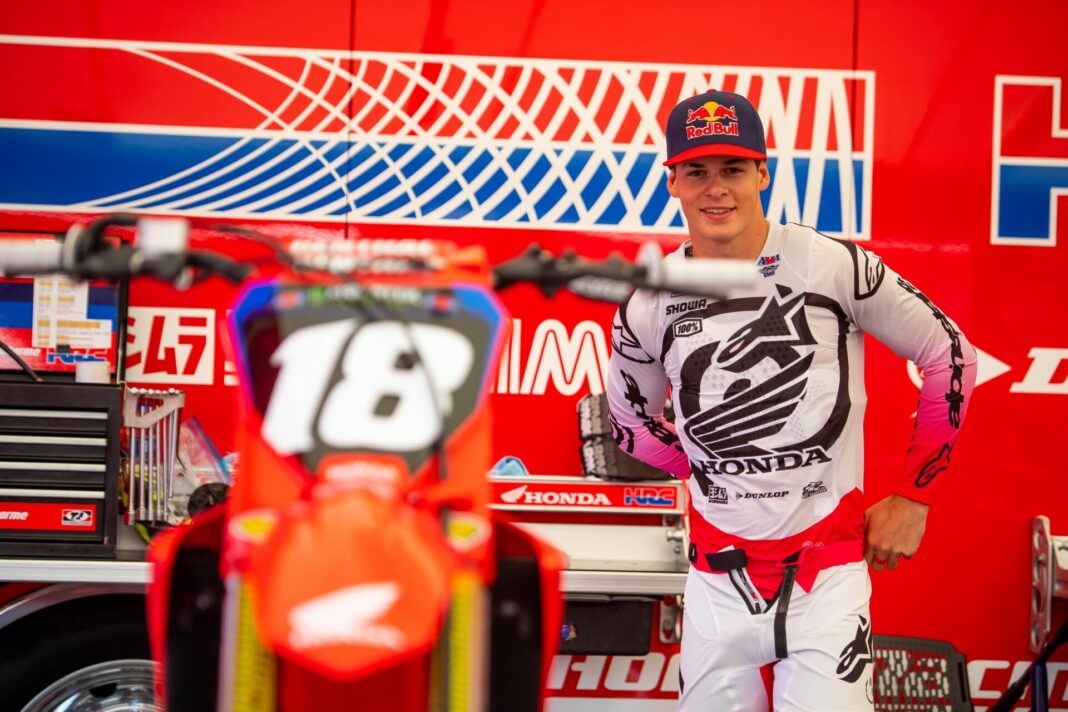 Honda’s Hunter and Jett Lawrence are set to face off for the first time this year at tonight’s Monster Energy Supercross season finale in Salt Lake City.

Hunter is still in contention for the 250SX West titlp, 20 points behind current leader Justin Cooper so might expect some help from his little brother. Or maybe not…

It’s a special circumstance for sure,” said Hunter. “Just due to the position that I’m in and Jett’s position obviously. Me being quite close in points with third and the championship still on the line. It will be cool to have another teammate out there – we’ve been flying solo all year long.

“It’ll be cool, but I mean hopefully, it would be best-case scenario that Jett and myself are both on the box one and two, that would be really, really cool.”

Jett, who can take an East championship top-three, countered: “We’ll just have to kind of wait and see if he’s in a pretty decent position and if not, I won’t help much.

“If he does need help, which he probably will because it’s Hunter, I’ll become the big brother and help pat him on the back a bit.”