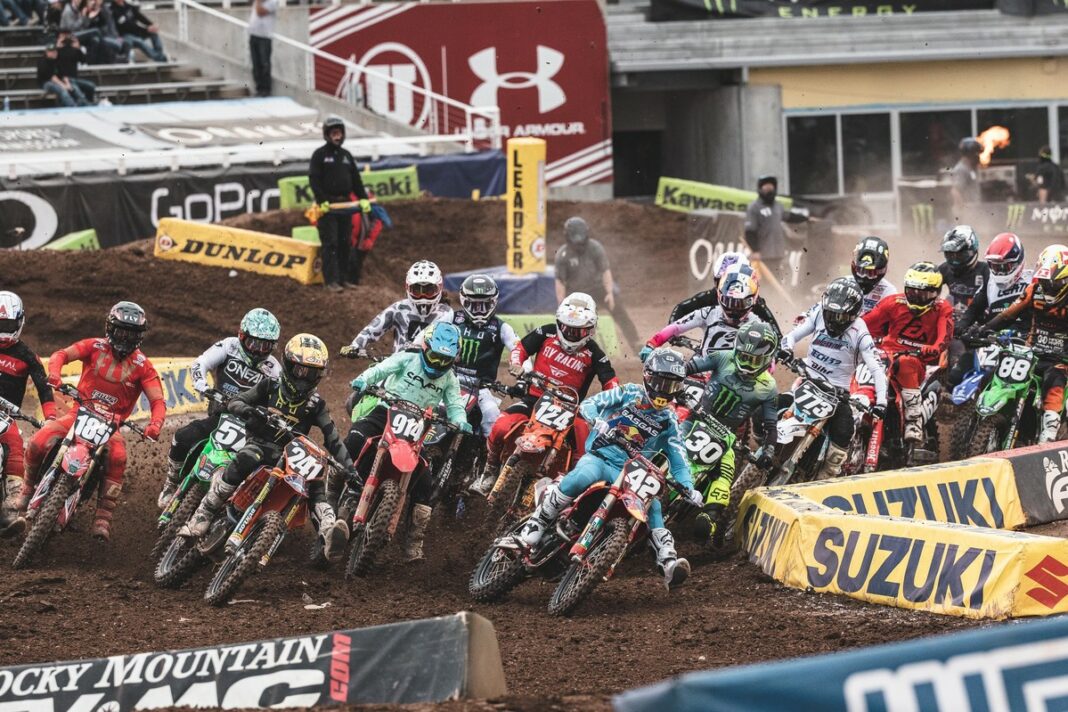 The Troy Lee Designs/Red Bull/GASGAS Factory Racing team welcomed back Michael Mosiman as the 250SX Eastern division gets back on the gas for the final two rounds in Salt Lake City.

In the Main Event, Mosiman had another great start to put himself into the lead battle early on. Passing into second on lap two, he pressured the race leader for the first 12 laps before getting caught up in the chaos of lapped traffic.

A couple mistakes late in the race caused Mosiman to fall out of podium contention but it wasn’t for a lack of effort as he charged all the way to the checkers for a fourth-place finish.

“It’s been a long time off the bike and a long time off racing but it felt great to get back into it today! I felt like I was the fastest guy out there today, I just crumbled on the race craft,” he said.

“I was trying to make passes in spots that weren’t ideal and it cost me the win. I believe I was the guy that should have been winning and it’s disappointing but I’m trying to learn from it. I will be better going forward.”