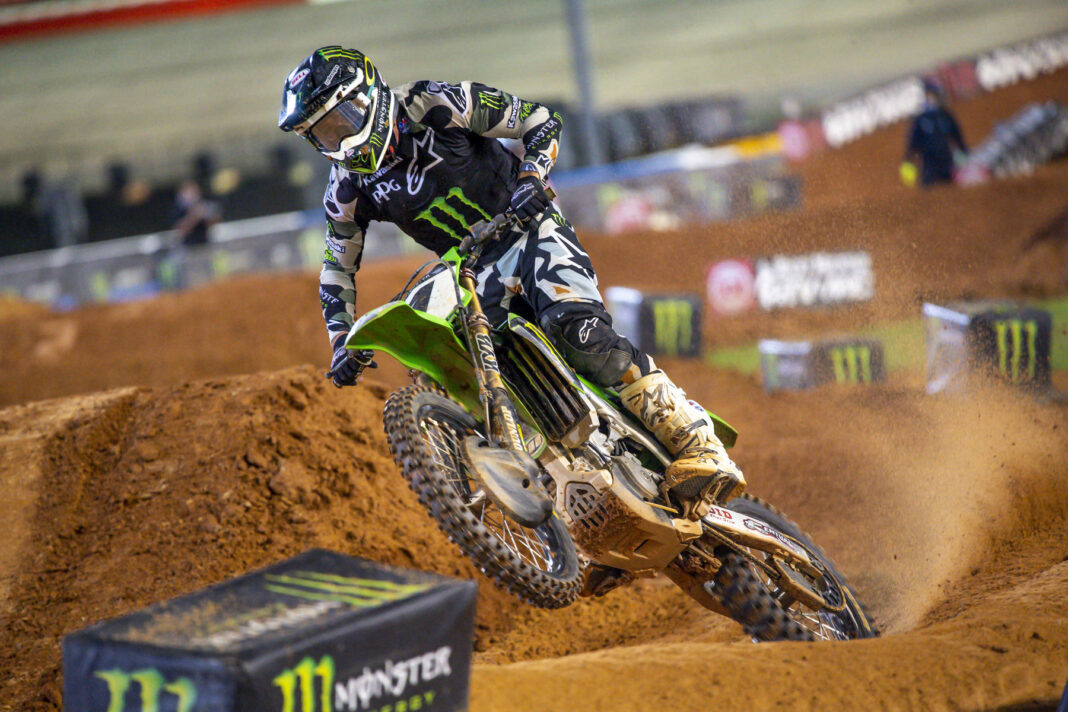 The Rice Eccles stadium plays host to round sixteen of the Monster Energy AMA Supercross Championship, with the points between Webb and Roczen sitting at sixteen, Roczen might have a chance to claw back the gap.

The return of the Monster Energy Star Racing Yamaha’s Christian Craig to the 250 Class proved testing for HRC’s Jett Lawrence, with them finishing P1 and P3. Even though Craig had a huge off on one of the doubles, he still finished up on the top spot followed by Michael Mosiman and Jett Lawrence. Pro Circuit Kawasaki rider Jo Shimoda also returned to the start gate this weekend, putting in a solid 5th in Quali overall.

Red Bull KTM’s Cooper Webb and HRC Honda’s Ken Roczen went into tonight’s racing with 16 points separating the two, but it was Monster Energy’s Eli Tomac who grabbed the pole spot ahead of Webb, followed by Joey Savatgy. Chase Sexton had a huge off, similar to Christian Craig’s over the doubles, resulting in him finishing sixth.