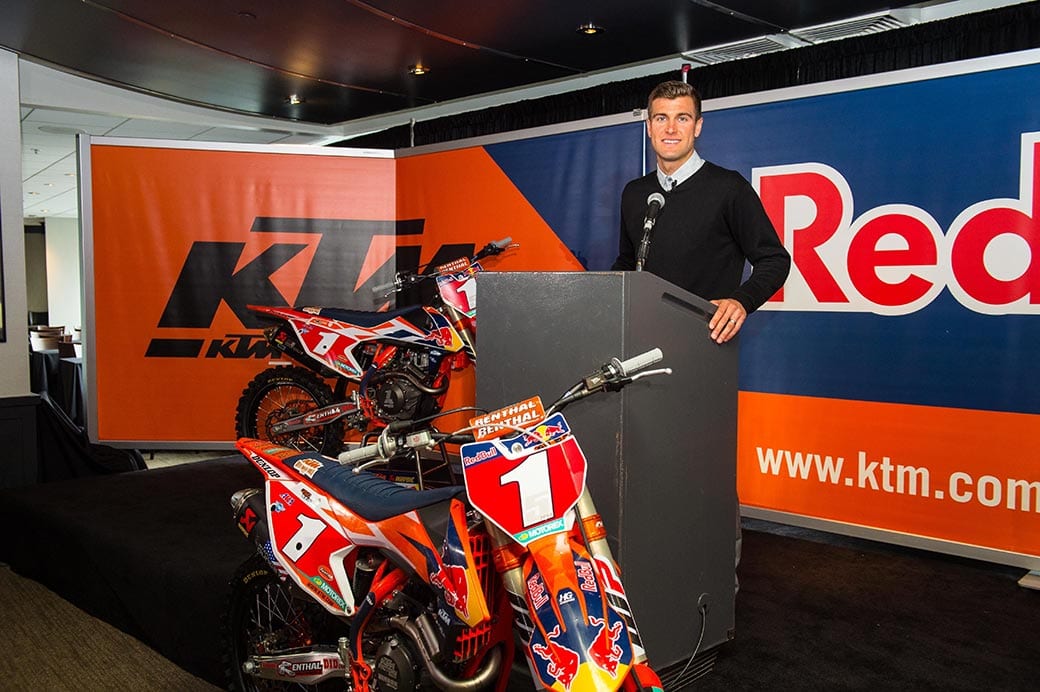 On the heels of a big announcement released earlier today, KTM North America, Inc. offered their congratulations to the nine-time AMA Supercross and Motocross Champion Ryan Dungey on a brand-new career endeavour, making the transition from professional athlete to part-owner of the GEICO Honda Racing Team.

Red Bull KTM Factory Racing Team Manager, Ian Harrison: “Ryan is a standup guy both on and off the racetrack – a true professional in every sense of the word – and we are confident that he will be successful in anything he chooses to take on.

“He has done so much for the KTM brand and when he handed the torch off in 2017, we feel that the program has only gotten stronger as we continue to achieve milestones with our athletes and development of the motorcycle. We wish Ryan the best as he heads into the next chapter of his post-racing career in the industry.”

In addition to his decorated racing career, Dungey made an undeniable impact on the KTM brand with the early success of the Red Bull KTM Factory Racing effort in the U.S. and the development of the KTM 450 SX-F FACTORY EDITION motorcycle.

In 2010, KTM made the decision to attack U.S. Supercross and Motocross in a big way, bringing on two of the sports’ most distinguished leaders in Roger De Coster and Ian Harrison. With the commitment of Roger and Ian came rising star Ryan Dungey, who joined the team in 2012 and he worked closely alongside KTM’s R&D department to develop what would become the multi-time championship-proven KTM 450 SX-F FACTORY EDITION.

During his illustrious six-year career as a Red Bull KTM Factory racer, Dungey achieved so many milestones – both personally and for the KTM brand – by way of race wins, championship titles and national media recognition.

All of those achievements have aided in the overall success of KTM and since Ryan’s retirement in 2017, the Red Bull KTM Factory Racing Team has continued to thrive with the success of Cooper Webb and his 2019 AMA 450SX Championship in his first year with the brand, as well as KTM veteran Marvin Musquin’s multiple race wins and overall championship contention in both Supercross and Motocross.

Cooper Webb and the Red Bull KTM Factory Racing Team are set to debut the No. 1 KTM 450 SX-F FACTORY EDITION on January 4, 2020 at the opening round of the AMA Supercross Championship in Anaheim, California. Webb will be joined by teammate Marvin Musquin, who will continue to battle for his first-career 450SX title this season.