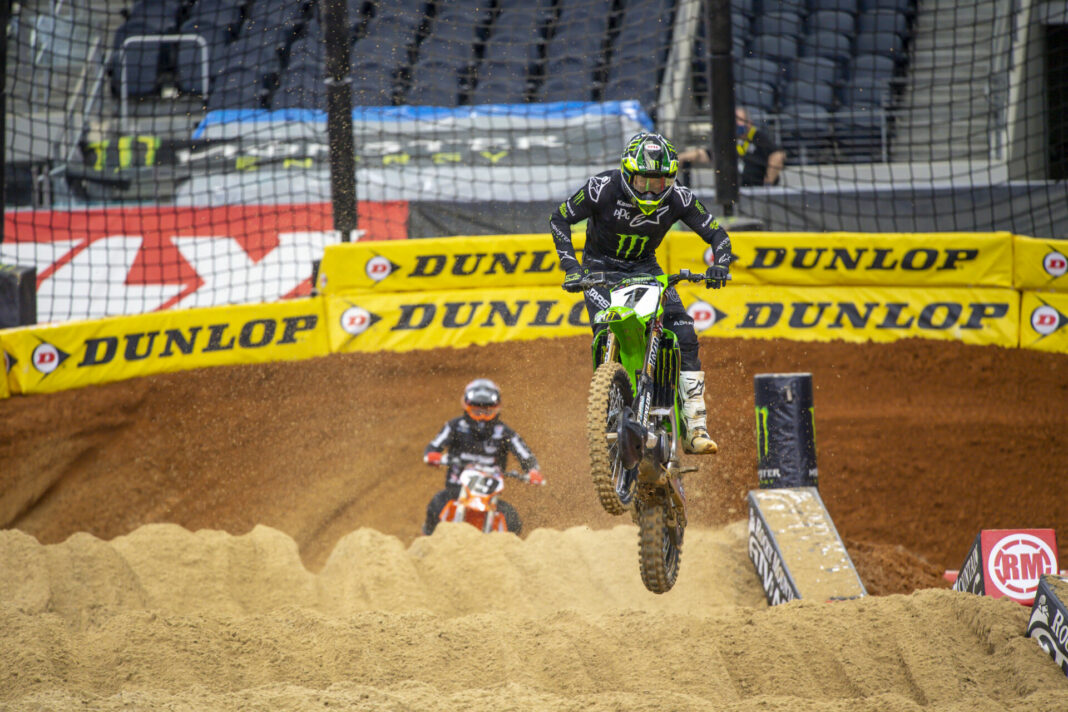 Round thirteen of the Monster Energy Supercross Championship put riders to the test today in Atlanta, and with a track that changed each lap, it was all to play for in the 450SX class.

Monster Kawasaki’s Eli Tomac showcased his skill and technique in the tricky conditions at the Atlanta Motor Speedway, taking the main event win after a mistake by Aaron Plessinger.

“Once he went down there was a little extra help, right to the end of the race. And to be honest, I felt like I was getting better as the race went on, I found a couple of better lines in both sets of whoops, and that was in finding some more lines and Aaron going down, that kind of gave me hope to make the push to the end so that’s that’s the way it was.

“I was happy with everything you know, motorcycle wise and it turned into a hell of a track by the end of the day.”