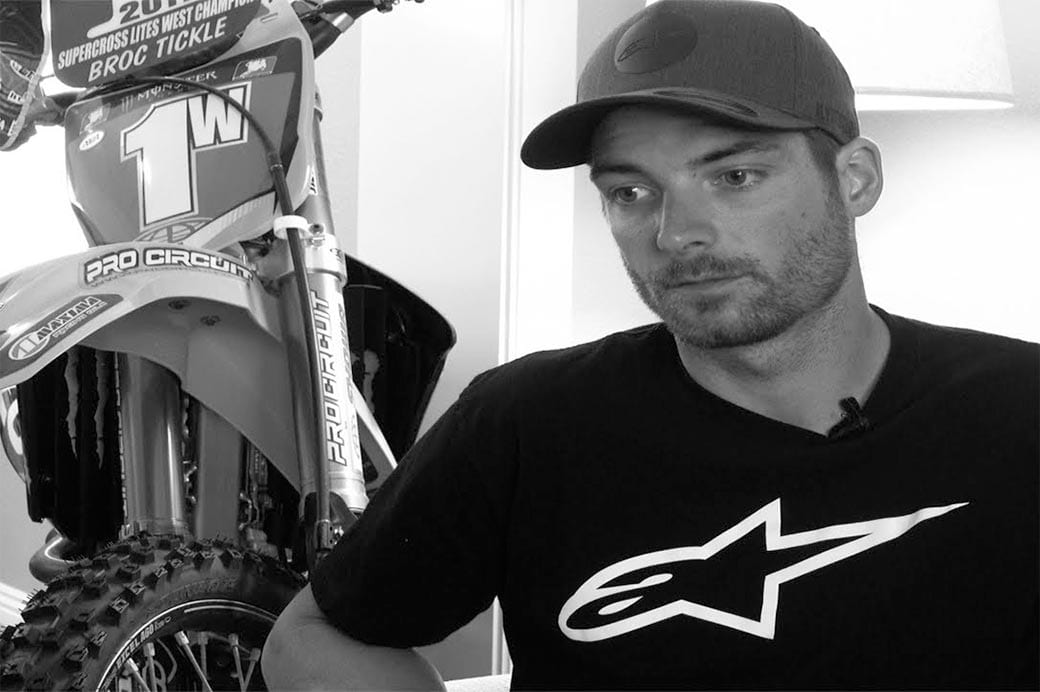 Broc Tickle has been suspended from the sport by the FMI CDI for two years, it has been officially confirmed today.

AMA Supercross star Broc Tickle was provisionally suspended by the FIM in April 2018 under the FIM Anti-doping Code and Broc has been fighting the allegations since.

It’s a huge blow for the 29-year-old who had his KTM contract cancelled shortly after his provisional suspension – he will not be eligible to return to Supercross until February 2020.

Recently, Tickle had posted on social media that he had received his “official sentencing” adding: “bummed I won’t be railing some corners this summer”.

Commenting on Tickle’s post, Ricky Carmichael didn’t hold back his true feelings on the situation. “This is bullsh*t.” Adding: “Keep your head up dude, and keep working your ass off.”

Other industry names have added to the post, including Twitch and Phillip Nicoletti.

Twitch wrote: “Damn could they wait any longer. Glad to hear man [that he finally has a date to aim for]. Keep it up and keep positive.”

This is the press release from the FIM:

The FIM International Disciplinary Court (CDI) handed down on 7 May 2019 a decision imposing a twenty-four month period of ineligibility on Supercross Rider Mr. Broc Tickle, commencing on 10 February 2018.

Following a routine In-Competition test conducted at the 2018 AMA SuperCross [sic] FIM World Championship round in San Diego, USA on 10 February 2018, Mr. Tickle tested positive for 5-methylhexan-2-amine, a prohibited substance under the head ‘S.6 Stimulants’ of the FIM Anti-Doping Code. Mr. Tickle was provisionally suspended by the FIM following notification of his adverse analytical finding. A hearing before the CDI on the merits of the case was held in Mies on 20 March 2019.

Mr. Tickle is disqualified from the Round of the 2018 SuperCross FIM World Championship at PETCO PARK, San Diego, California, USA held on February 10, 2018 with all of the resulting consequences including forfeiture of any medals, points and prizes.

An Appeal against the CDI’s decision may be lodged before the Court of Arbitration for Sport (CAS) in Lausanne, Switzerland within 21 days from the date of receipt of the CDI decision pursuant to Article 13.7of the 2018 FIM Anti-doping Code.

With the suspension not ending until Feb 2020, he will miss the start of next year’s Supercross season.

RacerX reported at the start of this year that the 2011 250SX West champion still lives in California and is continuing to ride and stay in shape so he can be ready for when the ban is lifted.