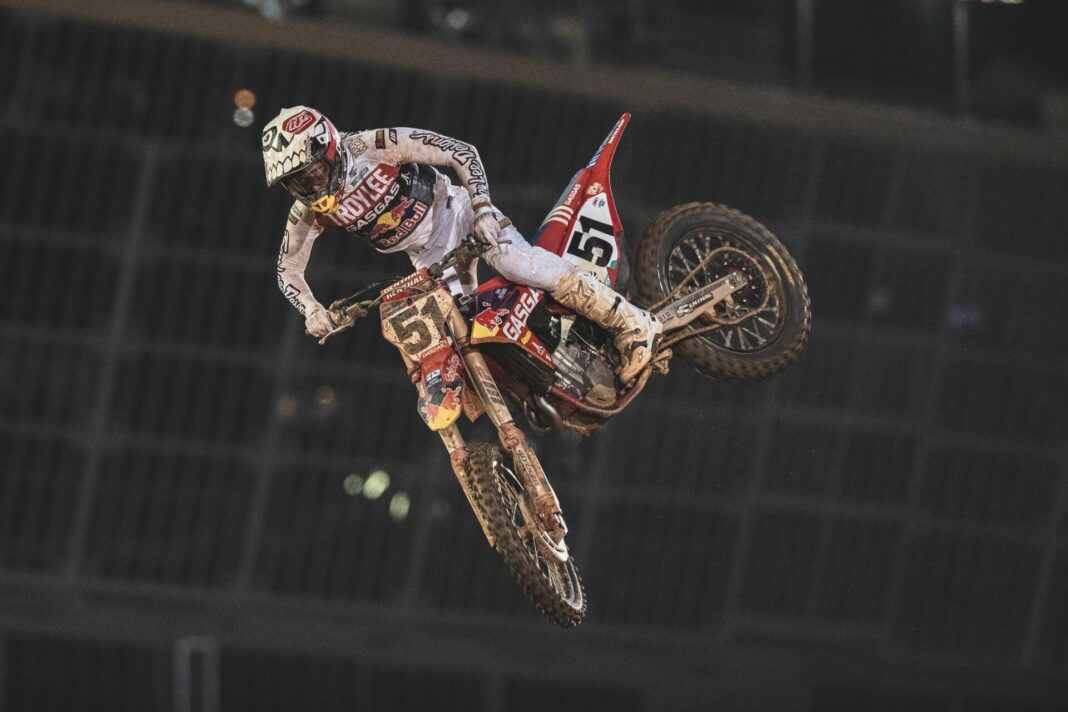 The Troy Lee Designs/Red Bull/GASGAS Factory Racing team returned to racing action at Atlanta Motor Speedway on Tuesday for the 14th round of the AMA Supercross Championship.

Rebounding from a rough crash in Atlanta just a few days before tuesday’s event, Barcia came into the day a little banged up and bruised but he started things off with a clean slate by qualifying inside the top-10 aboard the MC 450F. In the heat, he grabbed a fifth-place start and mixed it up with the front-runners early on.

While running fifth, Barcia slid out in a corner and lost a position to ultimately finish sixth in the heat. In the Main Event, he got shuffled into a seventh-place start but he set sail early on to climb his way up to third about three laps in. Surrounded by fast company up front, Barcia went to battle for the final podium position and he finished just outside the top-three with a solid fourth on the night.

“It was a tough day to start with, I was pretty banged up from my crash at the last race so I was just really glad to be racing. explained Barcia. “I was running third in the Main Event and shuffled back to fourth, I got pretty tight, but all-in-all it was a good recovery for not knowing if I was going to race this one. It felt good to finish strong but I definitely want to be on the podium and go for the win this Saturday.”