Home Supercross AMA Supercross Arlington SX: ‘In my head I was just holding it together’ –... 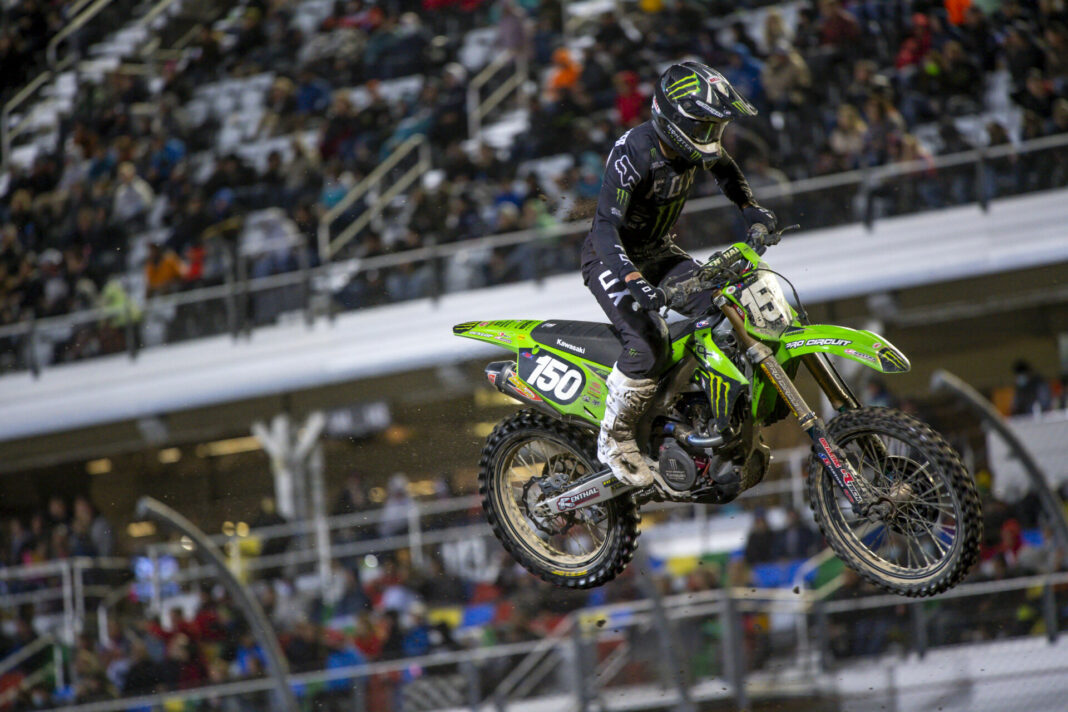 “Id say the first half of the race I was running pretty good I hitting my marks,” said Hammaker, speaking at the track. “Then we got halfway and I thought man, were only halfway.

“I felt I was riding a little tight out there, I felt like probably when my mechanic gave me five seconds on the pit board I feel alright I can do this.

“In my head I was saying just hold it together, hold your lines and just keep riding whats infront of you, and that’s when I felt I can do this.”

Speaking about his nerves before this weekend’s racing, and the rumours surrounding him having some team problems Hammaker explained his game plan at the start of the west coast series.

“When I first got on Supercross in the off season it was definitely a little bit hairy, I had some problems in the whoops and just trying to figure out everything Supercross. At that point I was getting up and wasn’t really thinking about the wins I was just thinking let’s go get the experience, stay healthy and make all the rounds.

“I’d say early January my whoops started to click a little bit better, I started hitting Supercross way better, and I’d say at the end of the off season and I gained that confidence.”