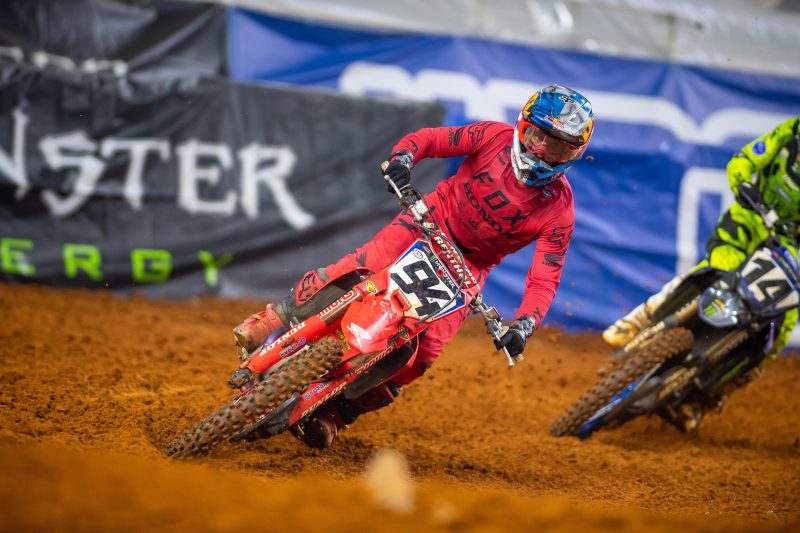 Supercross legend Jeremy McGrath believes that Ken Roczen needs to settle his feud with Cooper Webb and simply nerf him off.

Speaking at the Arlington earlier, McGrath explained how he feels the rivalry should be dealt with:

“I’m watching Ken Roczen get abused by Cooper Webb really, He’s not standing up for himself out there and I think the reason why the second half has been a little tough is because he won’t take a stand. Ken Roczen he wants to embarrass these guys, right? He wants to be clean, he wants to be fast, he’s Mr smooth, Mr Clean, gets great holeshots

“But you know what? These guys are taking advantage of him out there and he needs to make a stand. In my mind he needs to punt Webb one good time to make him understand that he’s not going to take that stuff.

“It only takes once, sometimes unfortunately that’s what it takes but he’s going to keep having those things happen until he takes a stand. He needs to toughen up a little bit and make a couple of aggressive moves and point out that he’s not going to be taken advantage like that.”