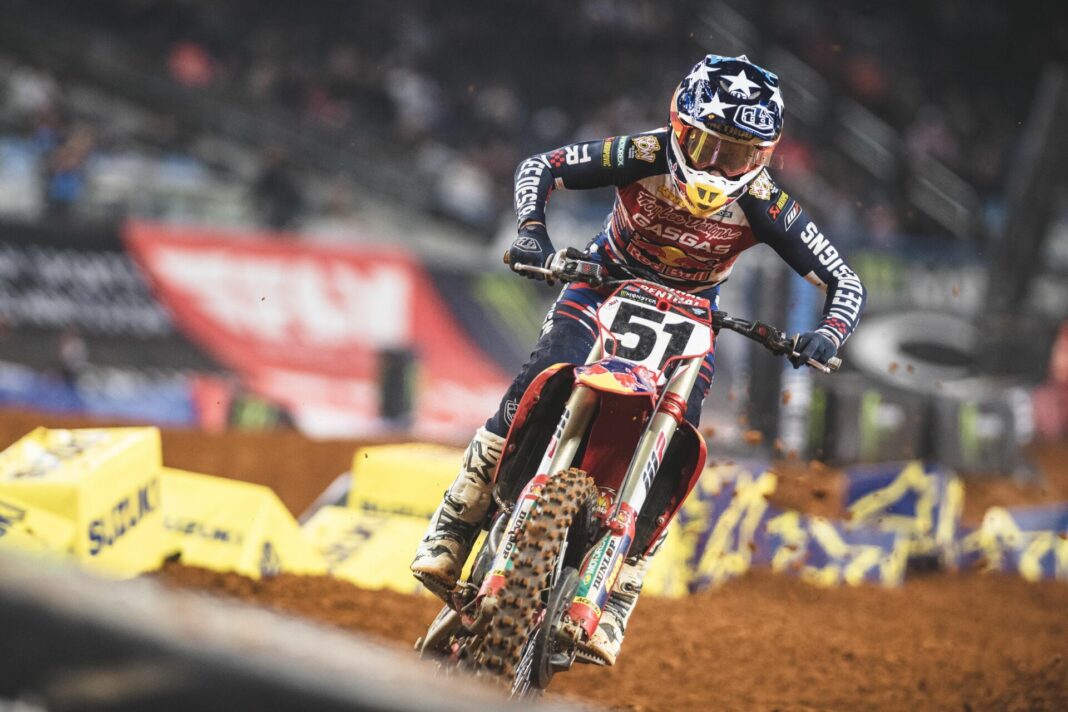 With intensity levels at an all-time high in Arlington, Barcia kicked off the day with positive vibes. In the heat, he had a great drive off the start as he railed the outside line to secure the holeshot and early lead, then lead the first half of the race before getting passed by the defending champion Eli Tomac.

In the Main Event, Barcia got off to a good start as he powered the MC 450F into third on the opening lap. In an intense back-and-forth battle, he dropped to fourth early on but then powered his way back into the fight for third after taking advantage of a mistake by Tomac.

He held onto a podium position for about four laps but a mistake allowed Tomac to reclaim the spot with a few laps to go. That didn’t stop Barcia from fighting all the way to the checkers, where he finished only two seconds from the podium in fourth.

“This was one of the hardest fourth-place finishes I’ve ever gotten. I charged so hard and was so close to the podium, it was a little bit frustrating,” said Barcia.

“It was definitely one of the more intense races I’ve ever had and with such an aggressive track, the top four of us were just on top of each other the whole race trying as hard as we could. All-in-all, it was a great race but I definitely wanted to be on the box. We’re going to be working hard going into Atlanta, wanting more, to be on the podium up front and getting wins.”