Home Supercross AMA Supercross Arlington SX III: ‘I have to stay out of the carnage’ –... 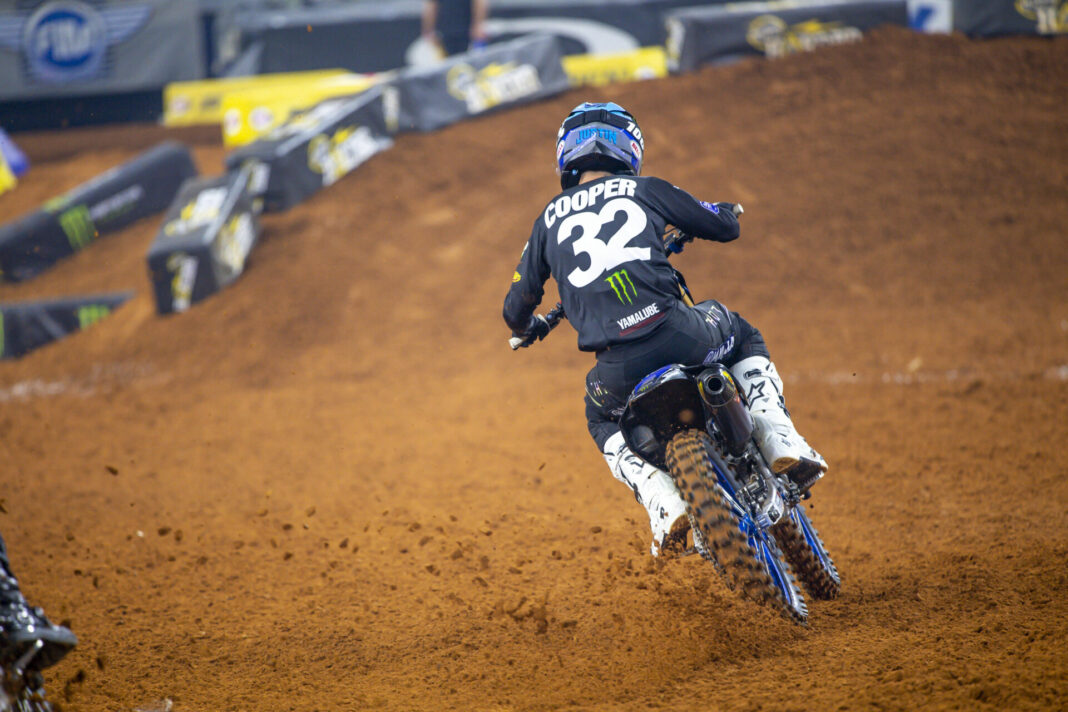 Monster Energy Star Racing Yamaha’s Justin Cooper has had a very mixed bag of results over the last two Monster Energy AMA Supercross rounds, but managed to pull it back for the last 250SX Arlington supercross.

“It was just really frustrating. I was questioning things, but at the end of the day, it all came back down doing everything right, I just gotta stay out of the carnage,” explained Cooper, speaking at the track.].

“I’d be lying if I wasn’t, you know, frustrated at myself how these last two have gone. And it’s just that stuff gets thrown at you and you gotta, take it and do the best you can with it. You can’t, can’t let it faze you It sucks.

You got to push through it and you know, get as many points as you can out of those nights. It was pretty crazy to have three of those in a row, I just felt like every weekend, I was coming from literally dead last.

“Sometimes that’s hard to do, It just got to be really smart. There’s also a fine line between sending it out like first couple laps and being smart because those things can happen, and that’s how it was it was just building up on me and I really needed to get go started and at the end of the day and that’s what we did today. It’s just really good going into the break to you know, get back on top and feel like that’s where we belong.”

You can check out all of the results from RD12 HERE.