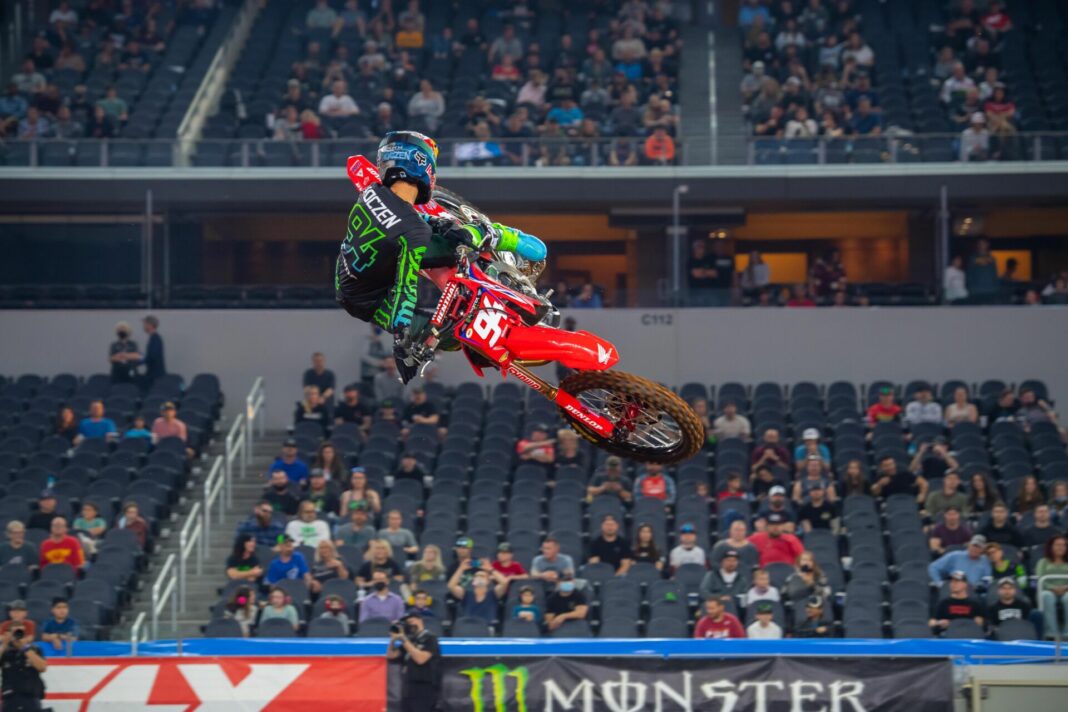 Ken Roczen lost the Monster Energy Supercross red-plate to Cooper Webb at Arlington I on Saturday but is aiming for revenge when the gate drops in Texas tonight.

A crash and subsequent poor gate pick saw the Honda man eventually finish the night in sixth, while Webb bagged his fourth win of the season.

“My Saturday started off pretty good. We felt good in qualifying practices and went into the night show with a good start. I was on the outside of Wilson, and with the 90 degree angle, got pushed wide a bit to fourth,” said the German.

“I made a pass into third and tried to get by Dean a couple of times, but made a mistake trying to triple in. I didn’t make it and ended up going down, dropping back to seventh, which unfortunately gave me a bad gate pick for the main event.

“The rut was really messed up, so that start wasn’t good in the main at all. I wasn’t moving forward at all in the main, struggled to make some passes and only ended up coming in sixth. It wasn’t the result that we wanted, but we come back on Tuesday; we’ll let go of this race and come back and try again.

“The good thing is that this wasn’t the final round, by any means. We have a lot of racing left and plenty of time to redeem ourselves. For Tuesday, we want a bit of revenge and to try to start up front so I can ride with the front runners and see what position we can put ourselves in.”