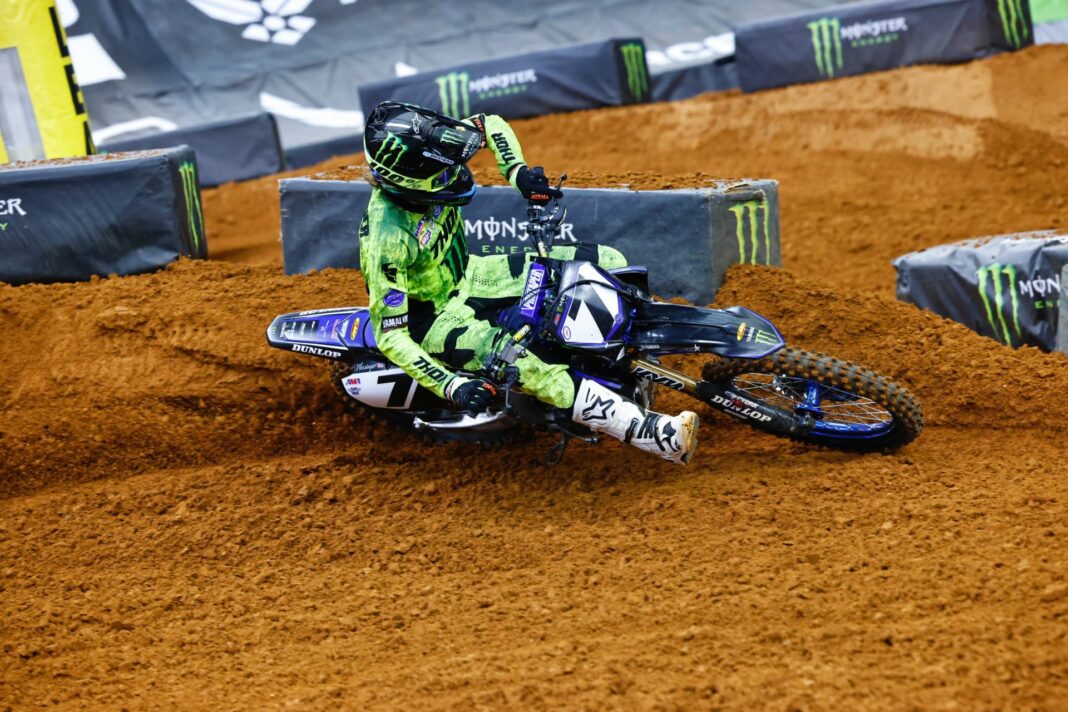 Although he struggled a bit early on in practice, Plessinger came out swinging when the gate dropped. The 2018 250SX West Champion backed up last weekend’s first 450 heat race win with another one, leading from start to finish at Arlington two.

In the Main Event, he didn’t get the same flying start and found himself in eighth. Plessinger pushed his way forward to fifth but ultimately finished sixth on a very demanding, technical track.

“It started out a little shaky. We made some changes to the bike that I didn’t really gel with, so we decided to go back to what we had before, and it was better. We got a really good start in the heat race, and I pulled off the win again. So with two heat race wins under my belt, back-to-back wins, I was feeling pretty good going into the main,” he said.

“I got a decent start but got pinched off by a couple of guys. The track was super hard-packed, kind of slick and sketchy, and the whoops broke down a lot. It was a solid race, but not the result we wanted. We’ll come back and be better on Saturday.”