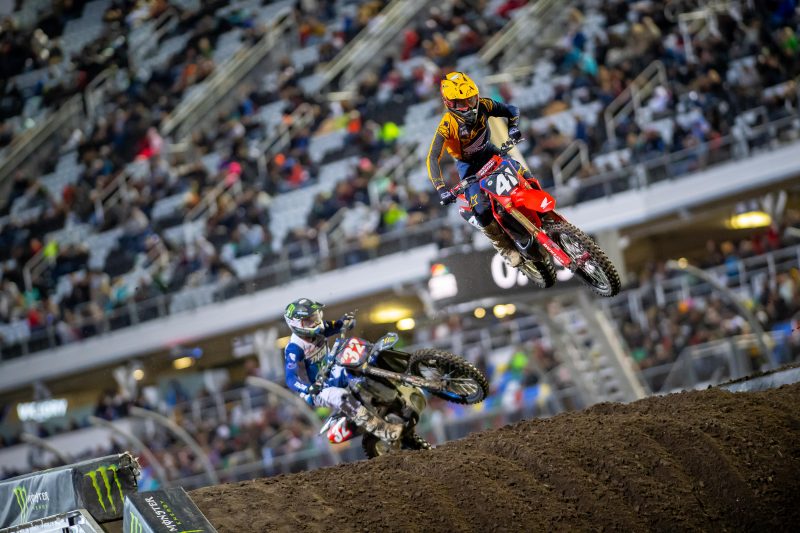 HRC Honda’s Hunter Lawrence scored his first 250SX podium last night at round ten of the Monster Energy Supercross in Arlington, giving himself a much needed confidence boost.

“So to push through that time obviously last year when Jett was doing really well, and I was just struggling with my body and injuries it was just never ending, so that took a big toll on me and we just dug deep and pushed through it and even two months ago I wasn’t doing the whole Supercross track after coming back from that shoulder surgery after the outdoors, so the progression rate is pretty steep at the moment every time I get on the bike I feel more comfortable.”