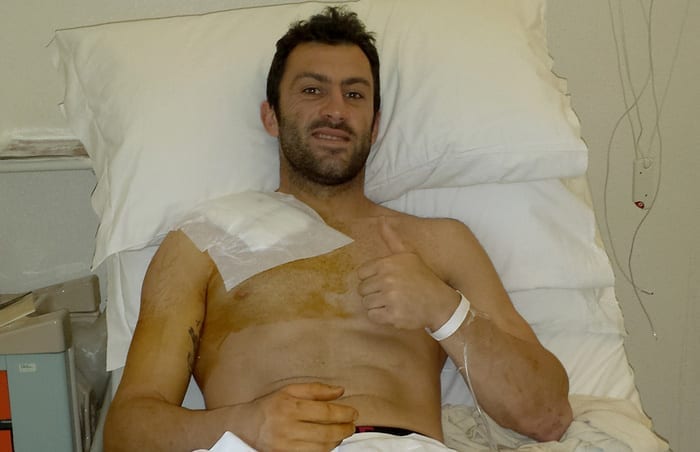 After an incident during the Grand Prix of Greece, Alex Salvini underwent surgery on Tuesday to fix the fracture of his right collarbone with a plate and eight screws.

He was operated at Villa Serena in Forli by Professor Veronesi and the supervision of Professor Lorena Sangiorni.

The 2013 E2 World Champion is confident to be back on board his Honda for the next race – the Assoluti d’Italia, that will take place in Fabriano on May 24-25.

Salvini explained what happened: “It was a pity because I was doing well and I was leading with 2 seconds ahead of Meo, when at the last Cross Test I made a mistake and crashed.

“According to the doctors I will be able to make it for Fabriano and also for the Grand Prix of Finland. I want to thank the medical staff, my team, my sponsors and all the fans that have supported me”.