Home News Motocross Simpson continues to suffer with virus but puts in valiant ride at... 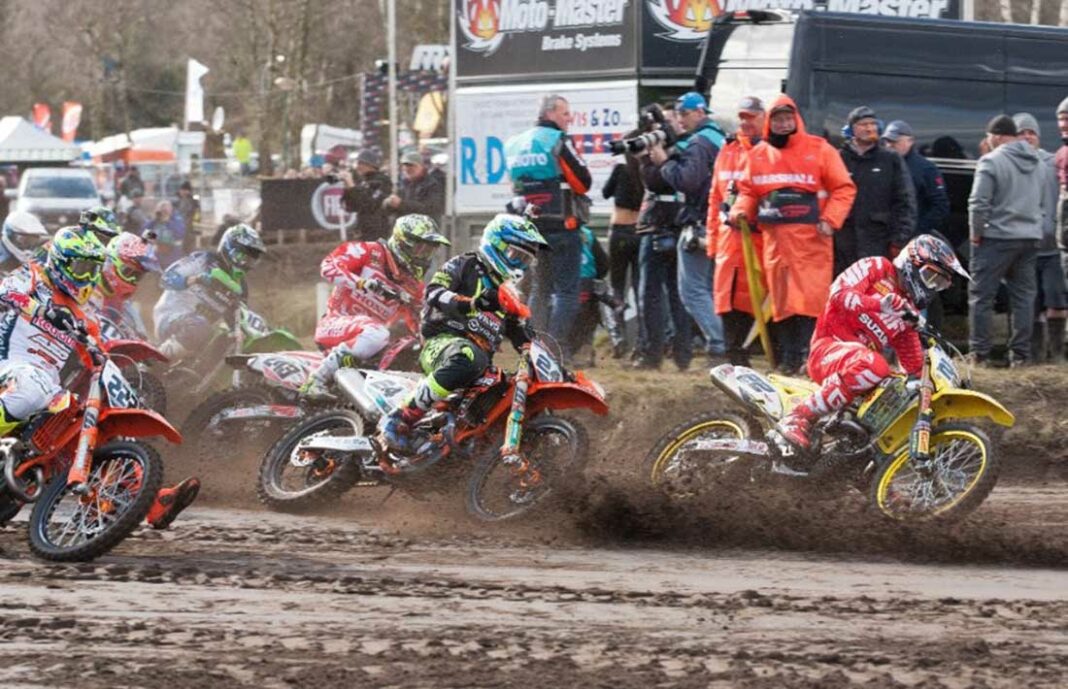 With the first two flyaway rounds of the FIM Motocross World Championship out of the way, Shaun Simpson headed back to Europe onto the sandy terrain that he loves so much, for the third fixture on the 2016 MXGP calendar at Valkenswaard.

The Wilvo Virus Performance KTM rider wasn’t quite as well-equipped as he would have liked to tackle the event with a virus that he picked up at the Thai GP continuing to hinder him.

After setting good times in practice, which left him just outside of the top five, Simpson used all the power available to him in the qualifying heat to round turn one near the front.

After settling in fourth and enduring pressure from reigning world champion Romain Febvre and eight-time champ Tony Cairoli, he started making further progress and capitalised on mistakes from his competitors to climb up the leaderboard.

Simson crossed the line in second when the session concluded, which left him with a brilliant gate pick for the two motos on Easter Monday.

After making a good start in fifth, Simpson made it just half a lap in the first MXGP encounter before a hard fall caused him to drop down the field.

Coming from outside the top 20, #24 put his head down and despite the treacherous conditions, started to pick off the riders ahead of him. After ending lap one outside of the points, he was already inside of the top 15 by the halfway point. He wasn’t done there, as he passed more riders to cross the line in 10th.

The second moto saw Simpson get off to a better start, as he made it through lap one unscathed in seventh but a couple of falls on the second lap left him with a lot of work to do. After re-joining in 16th the race followed a similar pattern to the first moto from that point on, as he sliced his way through traffic and attempted to salvage a good finish.

Despite the fact that he wasn’t quite 100 per cent, he was still one of the strongest in the class towards the end and picked off a spot on the last lap to better his moto one result and finish ninth. That left him eighth overall on the day and puts him seventh in the MXGP championship heading into round four.

“This weekend was looking promising after yesterday, but produced a little less than I had hoped today,” said Simpson. “It was a bit of a strange one, because yesterday went as I would plan out any race. I rode consistent and let the race come to me.

“I have been feeling under the weather for a good couple of weeks now and didn’t really get any better after Lyng. I managed to salvage something today.

“The riding was really quite good, I had more energy than I expected, and on the whole I would say I was quite happy with the results I got from where I had to come from.

“Had I not had the stupid mistakes and crashes, I think I would have easily had two top fives. It is just a shame that I made the mistakes that I did, which could have been down to me feeling the way I was and not being one hundred per cent focused.

“Full credit to the team for coming out in full force. The set-up looks awesome and I really have to give them credit for giving 100 per cent for me. I will definitely be putting the bike on the box sooner rather than later.”

Steve Turner commented: “We didn’t really have the day we wanted, especially after yesterday’s great performance. He still came out with two decent results from pretty lowly positions.

“He rode well, but made too many mistakes with a crash in the first race and two falls in moto two. On these days you have to take what you can get. It is a long season and if we can still come away with 10-9 after three crashes we’ll be okay! I’m confident a fully fit Shaun will be back troubling the top five in Argentina and Mexico.”