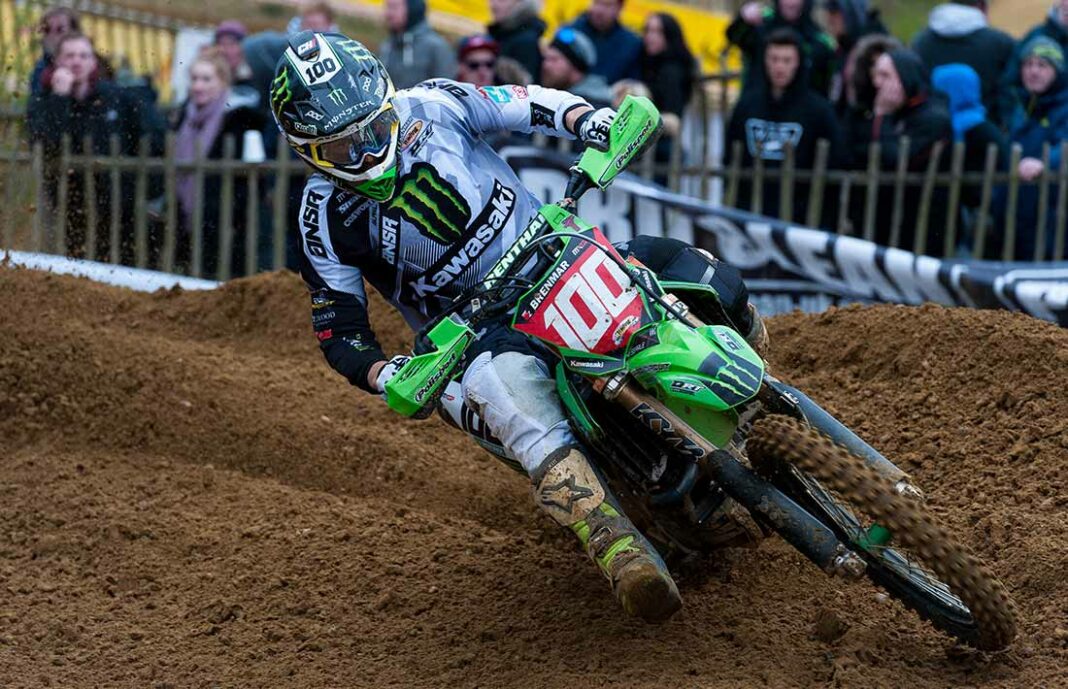 MXGP riders Shaun Simpson and Tommy Searle won a moto each at Canada Heights for the second round of the British Motocross Championship last weekend in what is turning into an authentic duel between the Motocross of Nations team-mates.

Searle dominated the first meeting at Lyng but Simpson retaliated to win the overall at Canada Heights and take control of the championship standings by four points.

Both riders have taken some hard knocks in the last week. Simpson recorded his first DNF of the MXGP season in the Grand Prix of Mexico due to a horrific collision in the second moto with Alessandro Lupino in which the 28-year-old Scot was lucky to escape with just pain and abrasions to his hands and wrist. Searle ran wide in the first moto at Canada Heights and hit the fence. The Monster Energy DRT Kawasaki rider was extremely fortunate not to be injured in the spill and repeated impact from the pursuing pack. Searle was actually able to remount and finish ninth.

“I was second into the first turn and just went wide and caught the fence. I crashed and got run over by most of the field but managed to come back to ninth after being a minute down,” he said.

“A good day,” Simpson commented. “The aim was to come here and get the red plate back and we did what we set out to do.”

Searle has been working his way back into Grand Prix reckoning (as one of Kawasaki’s best representatives in the premier class so far) after an injury-wrecked 2015 term and is now poised to welcome extra parts and technical support for his KX450F in what is largely a stock base to his racebike in the DRT set-up.

Simpson has had to endure a virus he picked up in Thailand for round two of MXGP as well as the setback of several tumbles that have meant a bumpy start to 2016 for the normally consistent Wilvo Virus Performance KTM athlete.

The British Championship rolls onto Hawkstone Park next but MXGP travels to Latvia this weekend for round six.